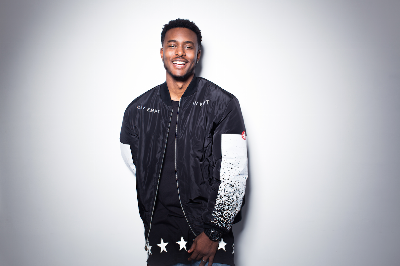 Reach Records has officially launched the pre-order for KB’s highly anticipated album, Tomorrow We Live, which releases nationwide on April 21. Available on iTunes, Amazon and Google Play, when fans pre-order the album, they will receive an immediate download of “Sideways feat. Lecrae” and his brand new second single “Crowns & Thorns (Oceans)”.

Prior to the pre-order roll out, some lucky music lovers in Houston, TX were able to listen to the album in its entirety for the first time over the weekend. Fans gathered together on the Houston Baptist University campus last Saturday, and heard from the Dove Award-winning rapper himself. He opened up about the personal songs that stemmed from his own life, and blasted them through the speakers of a luxurious Rolls Royce, giving them the ultimate listening experience.

The rapper hopes the project will be a soundtrack of inspiration, letting listeners know that the battle will end and tomorrow we live.  See full tracklisting below.