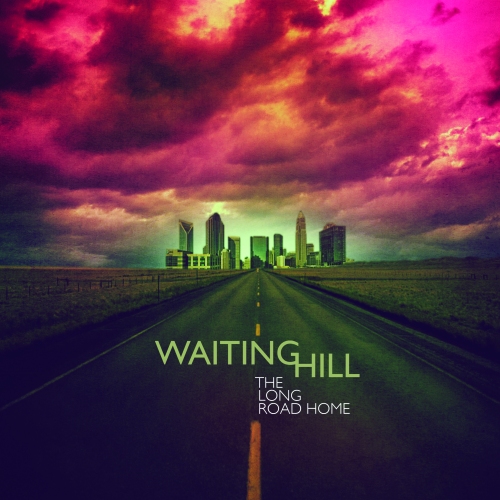 The vision for the band is to move beyond the walls of the church and take their eternal message out unto the world. The band is comfortable performing at churches as well as the local bar and is received well at both types of venues. Rhythm Guitarist Todd Church states “our music is not just aimed at the church. We seek to reach people who don’t necessarily go to church or won’t have anything to do with it. Broken people are found everywhere, and everyone needs to hear the hopeful message that we embrace. God hasn’t called us to just sit still in the safety of our comfort zones.” Lead guitarist Chris Davis adds “we want people to know that no matter what happens in this crazy life, everything will be alright.”

Originally released in their local area as a five song EP, The Long Road Home has been trimmed down to three tracks for the national release due to the departure of one of the members prior to the band’s signing. With their debut full length album expected to be released late summer/early fall, let’s take a closer look at the “taster” EP…

Silky guitars and bass tones provide the musical backdrop for the EP’s opener, “Moving On.” A song all about picking yourself up and moving on, no matter what your past contains, “Moving On” sets the pace for the rest of the EP well. As the drums disappear after just 20 seconds, Mark Chambers’ smooth country tinged pop rock vocals glide into your eardrums, bringing with them an instant calming and meditative state. It’s not long though before the pounding drums are reintroduced and, combined with an added rock edge to Mark’s vocals, the song really starts to hit its stride. Striking the difficult balance between being quick enough to pump you up and keep you, and itself, driving forwards, while also being slow enough to reflect the song’s meaning and introspective nature, “Moving On” is beautifully arranged from start to finish. “I lift up my hands and I take a step, the weight on my shoulders I lay it down, imma moving on to you, imma moving on to you, I lift up my eyes and I’m looking straight ahead to the Glory that awaits, Imma moving on to you.”

Although the same could be said for the EP’s opener, albeit to a lesser extent, the drums really take the next song “Sing” by the throat and drive the song forward straight from the outset. Mark shows us another side to his vocal abilities as his vocals take on a much more driving rock feel which, layered onto the excellent drumming and various distorted guitar rifts, provide the perfect backdrop to drive the song’s message home. Starting off with the poignant lyrics, “all I thought I left behind, has made its way back to my mind, just to make its presence known again,” “Sing” takes us on a journey through doubt and encourages us all to still sing God’s song from the rooftops even in those times of worry, “I sing that song from up above, of love that’s flowing through me now, and I may not feel you here with me, but I know you’re here with me somehow when I sing.” Towards the end, the instruments fade away gradually to leave just Mark’s vocals and a few gentle strums of an acoustic guitar to close the song out in a spine-tingly and around-the-campfire-esque way.

Continuing the hauntingly beautiful feeling “Sing” left hanging in the air, “Stand” starts off in the same vein. Led by the gentle strokes of an acoustic guitar, Mark’s vocals take on a reflective and introspective nature as he encourages the listeners to defiantly stand firm in their faith no matter how much the storms of this life are battering at the hatches, “though the wind may blow and I may bend but I will not break when the storms of this life flood my soul, I will stand.” Picking up the pace as the song goes along, “Stand” features possibly the stand out lyrics on the EP, “I stand on Your word, and I stand on my own, if I’m the only one that’s standing, I will boldly stand alone, for the Lord is my helper and I will not be afraid when the enemy comes and the earth starts to shake, I will stand.” Built to almost perfection, “Stand” will surely not only have listeners belting out the lyrics defiantly to God but will also become a “fall back” song for many to get the fire inside of them burning bright again when life inevitably smothers the flames to leave but a small pile of embers behind.

There’s great music, and then there’s great music that connects with the listeners. This is the latter. Not only that though, The Long Road Home is sure to connect the listeners to God through its steadfast country pop/rock infused worship anthems and is sure to be a fixture in many listeners’ playlists for the foreseeable future. Clocking in at only just 3 tracks and 10 and a half minutes long though, you might be mistaken in thinking the EP doesn’t have much of a replay factor to it or, to continue the road based theme contained in the EP’s title, won’t clock up too high of a mileage. You’d be wrong. The Long Road Home has enough variety to it to keep you entertained, or focused if used for background music, for hours at a time, and yet it still retains the same overall sound and feel to cater to various different needs.

When it comes to the expansive Christian Contemporary genre, I am very picky as to what I like and what just gets discarded, it’s quite simply “yay” or “nay.” The Long Road Home is a resounding “yay.” It has just enough edge to keep me hooked into it, and yet retains its soothing and relaxing worshipful feel that I occasionally dip into the CCM genre for. The Long Road Home is one of my top few releases of 2015 so far and, providing the band can effectively transfer what they’ve achieved on this EP on to their debut full length later this year, I’m sure that release will be in contention for my Top 10 list when 2015 draws to a close. It may be short and simply a precursor of what’s to come from the debut full length, but The Long Road Home EP is a very solid release in its own right and will leave you desperately wanting to hear what’s next from Waiting Hill which is, afterall, the whole point of of any release, let alone a “taster” EP, isn’t it?

It is very possible that Jacob’s Well Records have found and signed an absolute gem of a band in Waiting Hill, and, with the right promotion and media coverage,  I can’t see any reason why Waiting Hill can’t fulfill their obvious potential and be the next “Sidewalk Prophets” or “Big Daddy Weave” of the Christian Contemporary music world. I, for one, can’t wait to see what the future holds for this band and, thanks to The Long Road Home, I’m desperate to hear, and hopefully review, the debut full length album later this year. The Long Road Home EP was released last week and should be considered, at the very least, as a “must check out” release, if not a “must buy” release.