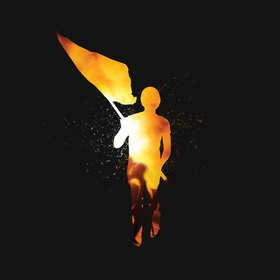 BEC Recordings’ Rapture Ruckus is set to release the Invader Deluxe Edition on March 24. This special physical retail piece combines both of the Invader Volume I and Invader Volume II along with the current charting radio single, “Volcano (feat. Jonathan Thulin),” which is currently charting Top 15 at Hot AC/CHR, Top 5 of Rock and on the National Christian Audience charts, and the hit single “In Crowd.”


Celebrating the upcoming release of Invader Deluxe Edition, Rapture Ruckus is debuting the music video for “Volcano” today. Click below to check out this emotional, artistic video.

“Jonathan was on tour with us and staying on our bus when we wrote ‘Volcano,’ I remember we stayed up so late one night dreaming up this idea for a music video,” shares Brad Dring of Rapture Ruckus. “We loved the idea that everyone has this world changing, uncontainable power inside of them, often just sitting dormant waiting for them to make the choice to use it. The same power that rose Christ from the grave is alive inside of us, wow“.


Jonathan Thulin also shares some insider information about the making of the video and their heart behind it. “This was an incredibly fun video to make. It was freezing, but so fun. We hope this video will encourage people to be light in a world that is dying. To know that we are all important and valid in God’s eyes. No matter how insignificant we feel can still choose to be the change, be the light and be the volcano.”


The Invader releases follow the highly successful 2011 release Open Your Eyes. Rapture Ruckus has continued touring, supporting bands throughout North America, Europe, Africa and Asia. Rapture Ruckus released their music to the United States via BEC Recordings in 2010. The self-titled debut was nominated for a GMA Dove Award in “Rap/Hip-Hop Album of the Year” category.

Last year Rapture Ruckus released the first EP in the series, Invader Volume I, which debuted for the first time on U.S. Charts. The album debuted on Billboard Top 200 as well as in the Top 10 on the Billboard Christian Albums chart. Invader Volume I also received two GMA Dove Award nominations for “Rap/Hip-Hop Album of the Year “ and “Song of the Year” (“Head Held High”). In January of this year, Rapture Ruckus released Invader Volume II featuring  the new song “Boomerang” as well as special guests remixes by David Thulin, Grapishsoda and Unikron.

The media have gravitated to these releases saying that Rapture Ruckus has had “definite growth and maturity,” and that they have released a “fiercely extreme project” filled with “flawless melodic elements” creating some of the “strongest EP…and the best work Rapture Ruckus has released to date – bar none.”