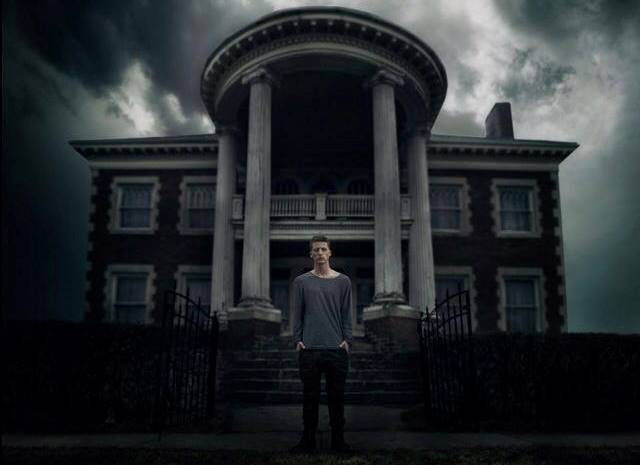 Gladwin, Michigan native Nate Feuerstein, performing as hip hop/alternative artist NF is set to release one of the industry’s rawest autobiographical hip hop albums of this era in Mansion. The Capitol CMG Label Group artist tackles issues such as abuse, anger control and watching a mother lose her battle to drug addiction. Surely there is a level of self healing with the music, but to so selflessly share his very personal struggles with millions of listeners in the hopes of helping others is a road many are unwilling travel down. Aside from the raw and unadulterated exposure to his life, the production and mixing are top notch and the features are spot on. NF masterfully weaves in and out of different lyrical approaches running the gamut of just about every emotion in existence, both when delivering his hip hop bars as well as moments where he shows off his singing chops.

For those unfamiliar with the artist and the phenomenal self titled EP released in 2014, do yourself a favor and pick that album up as well. It was released to much acclaim, sitting at #15 on Billboard’s rap albums after week one of its release. It also sat on top of the Christian/Gospel hip hop album charts at its release. Mainstream media has taken to the album as well, with ESPN using it during Monday Night Football, the very successful shows Chicago PD and Grimm, as well as various other spots on VH1 and Showtime. Two videos supporting the EP have also been released. “All I Have” and “Wake Up” continue to see astronomical growth from month to month and are currently enjoying several hundred thousand views each.

NF wastes little time getting started on the album with his “Intro.” Used by many as a track filler, NF is much more advantageous with this space. After a brief “walking through the woods” invoking choral interlude, NF explodes into a double time jaw dropping “if you don’t know me now, you will soon” themed bar delivery. Ending the track with “…the least I can do if I murder a beat, is take the time to go to its funeral.” Well sir, you did in fact murder that beat, and you continue to do so throughout. “Intro” is more than serviceable as an introduction to the album as well as to the artist.

Accompanied by an ethereal chorus from Fleurie, “Mansion” (the track) will introduce the uninitiated to NF’s unabashed openness. With lines such as “physically abused, now that’s a room that I don’t want to be in. That picture aint blurry at all, I just don’t want to see it,” the listener will quickly realize they are in for a roller coaster ride of deep and powerful emotions. As with the other two tracks featuring a guest spot, Fleurie and NF are an impressively cohesive tandem, complementing each other’s portions of the track quite well. For those who have dealt with abuse in their lives, be forewarned, this track (and the rest of the album) will draw some intense emotions.

For those new to NF, “All I Have” is one of two tracks found on Mansion that were originally released as part of the self titled EP. Thematically, the third track is similar to his “Intro” in that it has NF essentially thinking out loud about aggressively and purposefully navigating the waters of the hip hop scene. He also is quite intentional about ensuring everyone listening is aware that his motivation is rooted in a relationship with God vs. worldly pursuits.

“Wait” features NF again alternating between his rapping and singing personas. The track further supports the versatility of NF when he approaches the mic. “Wait” very passionately addresses the idea of a lost loved one. Anyone who can relate will be left empathizing with the pain, and feeling somewhat guiltily entertained by the song (as can be said about the album as a whole).

Also originally found on the EP is “Wake Up.” With a bit of an ominous backdrop, “Wake Up” tackles the idea of self loathing and pity wondering when life is ever going to get to the point where it means something. Specifically, people of faith often look to God wondering when he is going to fix their life. Between “All I Have” and “Wake Up,” there is more than enough compelling evidence found on Mansion to go back and purchase the EP if you have not yet done so.

“Face It” somewhat maintains the musical styling of “Wait,” this time addressing the idea of being stuck in a rut in life and knowing how to get yourself motivated to take action.

NF must have been yelling at himself in a mirror as he penned “Motivated.” If you were asleep up to this point of the album (however unlikely that is) you will surely awaken here. “Motivated” can be summed up best by NF beckoning to the naysayers “…take your best shot, I aint goin nowhere. I’m motivated…” While that may seem like a bit of a generic quote to pull from a track, you will understand when you listen to the track. NF rather craftily pieced together his thoughts in a manner that will take the average listener about 15 minutes to get through “Motivated” because of all the “wait, what did he just say?” rewinding taking place. “Motivated” is a powerful, masterfully prepared display of lyricism and raw emotion.

“Notepad” has NF taking the listener on a walk down memory lane. Trading back and forth between rapping and recorded interview formats, NF essentially allows the listener access to a kept journal of memories. With a stripped down beat, the lyrics take center stage, and lead to an overwhelmingly powerful exposure to NF’s thoughts on a very specific and personal memory.

“Redbull in my hands, feels like I got wings, lot of people in my face but I can’t hear a thing. It’s like my head’s up in the clouds” is how NF introduces the listener to the club friendly “Turn The Music Up.” NF shows he is more than capable with keeping pace with the beat with his double timed delivery of bars. He also does the listener a favor here and allows the tissues to be put away, at least for one track.

“Paralyzed” is an emotional (surprise, surprise) opportunity to visit the idea of being too scared to journey through life because of the fear of feeling pain. Much like “Notepad,” the beat takes a back seat, and leaves the listener with little distraction from the thoughts that will start running through their head if this theme hits home.

Jeremiah Carlson (from The Neverclaim) joins NF in the second of three tracks on the album featuring a guest spot. As with the first and last such track, “I’ll Keep On” is a wonderful marriage between NF and his featured vocalist. Taking a drastic turn from the rest of the album, “I’ll Keep On” is driven by an acoustic guitar. NF takes the opportunity on the track to be rather transparent about his incessant desire to show God the appropriate honor, respect and attention, as well as his ongoing struggles to do so. Carlson’s vocal accompaniment is as equally thought provoking and inspirational as NF’s own delivery.

“Can You Hold Me,” featuring Britt Nicole closes out the album. Nicole follows in Fleurie and Jeremiah Carlson’s footsteps in delivering rather impressive accompaniments to NF’s Mansion. The piano background and the duet shared between Nicole and NF deliver an emotive exposure to one’s need for love.

Several things are sure to occur upon the release of Mansion. First, people unfamiliar with Fleurie, Jeremiah Carlson/The Neverclaim and/or Britt Nicole will become huge fans of each of the aforementioned. Second, financial guru Dave Ramsey will publicly endorse the purchase of NF’s Mansion as people will have a reduced desire to purchase any other albums for their libraries, thereby saving money. Third, a lot of males are going to be attempting to explain away their suddenly red swollen eyes as “an allergy problem.” Last but not least, NF will continue his assault on the music world and further expose the secular industry to the very real truth that God can be the centerpiece of high quality (and much more meaningful) music.

NF’s Mansion cannot be recommended enough. Three months into 2015, the album of the year has arrived. Buy the album and a box of tissue. Your ears, and your oppressed thoughts will thank you.

Help Spread The word about the NF Mansion release:
Thunderclap