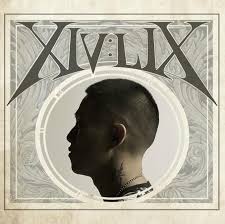 Mc Jin returns with a Pledge Music funded project entitled XIV:LIX, as a follow up to the well received Hypocrite. As he further separates himself from his battle rapping fortune and fame seeking days, his sincerity in message and hope for those listening continues to soar. MC Jin has stated in previous interviews that he never actively decided to become a “Christian rapper.” He is simply performing a representation of where he is at in life. It is clear throughout this transition that God has clearly awoken a sleeping giant. As the lines between CHH and “secular” hip hop continue to blur, MC Jin is equally deserving of the accolades that artists such as Lecrae and Andy Mineo are receiving for their efforts in bridging that gap. That Jin does not seem to be driven by whether or not he receives said accolades makes him that much more worthy of them.

“Comin’ Up” is a jazzy themed biography of sorts for the remaining two or three fans of Hip Hop that are unfamiliar with the artist. Jin cleverly plays off of several pop culture landmarks throughout the track, showing off his well known mastery of story telling. “plan ‘a’, don’t stop til they know my name, plan ‘b’ was simple, see plan ‘a’” alludes to his initial motivation in life. It closes out with Jin stating “change the game don’t let it change you” a homage to his transparency in what were once his misled driving factors.

Hollis joins MC Jin on “Complicated” which plays out as if Jin is speaking as his new self to his old self. Pontificating on the thought that the old him was willing to die for an earthly status that the new him realizes has no merit is a reminder many of us could stand to hear.

“Glow,” featuring Tim Be Told, is an inspiring tale of learning to exhale through letting God into your life and trusting in him during tougher times. The chorus, snare drum led beat, and lyrics are well matched and each equally uplifting components. Many will feel that they are sitting (or standing and clapping) in their church pew throughout.

Tim Be Told makes another appearance on “Like A Rock,” which is an acoustic beat led tale of ups and downs between father and son (both with Jin as the son and the father) through the journey of life.

“Fan Mail” is a thank you from MC Jin to, you guessed it, his fans. Even the most cursory research of Jin through past interviews will allow the most cautious listener to be able to buy into the integrity and honesty found in the artist’s message in “Fan Mail.” The most endearing aspect of the track is perhaps not the “thank you” aspect, rather the “we are on the same level” approach that Jin attempts to convey. It is easy to idolize musicians, athletes, actors/actresses, etc. and place them on the proverbial pedestal. Jin seeks, both on this track, and through his walk, to dispel the myth that he is above those that are listening to his music.

“Welcome Home” parallels the encouragement found earlier in Glow, and honestly throughout the album. The uplifting beat/organ/chorus accompanies equally don’t worry be happy themed lyrics meant to motivate the listener through the tough times. Approximately 50% of the country won’t care for the song’s opening speaker, but the speech used is on point, so pretend someone else is delivering the message if you prefer elephants over donkeys. Bella soulfully belts out “Just show me the way, and I will follow you” to bring a rather appropriate end to the track, as the goal should always be complete submission to the Most High for us all.

“Hallelujah” is the final track and is about as transparent as one can possibly be on an album. At one point, Jin exclaims “Forget MC Jin, you should get to know me. My name is Jin-Au Yeung, here’s my testimony.” He goes on to reminisce about when he signed his contract with Ruff Ryders, and the rise and fall of what many would consider his success, or “the end.” Jin reaches out to the Lord and thanks him for what the legendary battle rapper would soon find out was actually the beginning, and asks that he is used to expose that truth to others.

As is the norm for an MC Jin project, the production is solid throughout, the pace of all the beats make sense with each of the lyrical themes, and the backing vocals of Teesa, Hollis, Tim Be Told, Bere and Bella all successful invoke the intended emotions and imperiously support the thematic content and intent.

Mc Jin has always (since his shift in content) presented believable journal entries from someone who has been humbled by a second chance from God. He intentionally expresses a genuine appreciation for those who find entertainment, and more importantly, inspiration in his messages. XIV:LIX simply (and emphatically) further cements that truth.