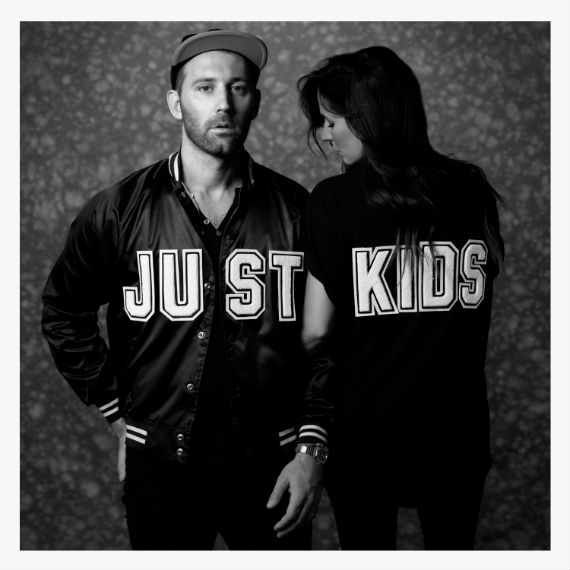 I asked myself a rather difficult question during a car ride the other day – “Who is the most talented musician of our time?” – and I have to admit, Mat Kearney was my number one pick (But TobyMac is righttt up there, okay?). Today we celebrate the release of his new album, Just Kids. It’s been about four years since his last studio release, Young Love, so for those of us who have been eager to hear what he’s been working on, today is a really good day.

JUST KIDS is Mat’s approach to life, viewing it with childlike faith. Throughout the process of this album, as reflected in the lyrics, Mat had to come to grips with his own shame and fear and learning to surrender his controlling tendencies and giving them to God; to not be afraid to let go and go to those uncomfortable places, because you just don’t know what God has in store. JUST KIDS came together over the past few years while Mat toured the world. For the very first time, he built a portable studio on his bus, and cut songs all over the globe from Los Angeles and Sweden to his home studio in Nashville. Most of this 13-track album is a product of his own production, but he had a little help from MDL [Maroon 5, Justin Bieber] as well as frequent collaborator Josh Crosby. Much of this album talks about past relationships, and the lessons learned from them. As you would guess, it also has a common theme of childhood, letting you in more than ever on Mat’s early life.

I find the start to this album quite interesting. The first song on JUST KIDS is called “Heartbreak Dreamer”, which starts out with Mat talking a little bit about the difficulty of following his dreams and his early hopes for love. Then, he dedicates it to those “heartbreak dreamers” who have lost someone they love, or those “looking for just one reason to get through the night”. Around the middle of the song comes a poem a friend of his wrote, and as he narrates it through the end of the song he gives shout-outs to people of all kinds, struggles, and walks of life.

One of the hardest things to do in life is to forgive someone and move on. “Moving On” discusses that, and gives some great insight on what heartbreak truly feels like. With an electronic beat and catchy rhythm, this song is sure to be a favorite among listeners.

The title track for this album (and the third track on it) is called “Just Kids”. The story behind this song is that Mat was unable to sleep one night, so he got up early and messed around on his piano. This one just came to him, which is pretty cool. It’s about wanting to unlearn the junk and undo pain from your life. The beat and music behind the words is different than anything Mat has ever done, but he did a great job with it!

Many fans know that Mat got married in 2010, and naturally he wrote about his wife, Annie a lot on this album. The two most upbeat, fun songs are written about her. “Heartbeat” is a fun and upbeat song that is different than anything else on this project, and “Billion” is all about embracing the quirks in people. For example, instead of being frustrated that the person you love chews their gum in their sleep, you can choose to celebrate it. “Billion” has a more island-y sound to it, and that only makes it all-the-more lovable.

“Ghost”, “Miss You”, and “The Conversation” are more solemn songs about loss and the pain in love. “The Conversation” was written after Mat and his wife went through a season of passionate fights. He sat down with a pen and paper and tried to write out the two sides of what he and his wife were feeling. She actually ended up writing this with him, and we therefore get to hear the first song they’ve ever written together! Young Summer, a talented friend of Mat’s, sings the female part on this one. Mat doesn’t usually do collaborations, but I sure hope to hear these two together again. “Miss You” gives us a lyrical taste of what it’s like to miss the woman you love. (While you’re gone on tour, I presume.) Beautiful lyrics are Mat’s specialty, and that feature shines radiantly in these somber and sad songs.

My favorite song on the album is a tie between “Los Angeles” and “One Heart”, but more on that second one later! “Los Angeles” is the story behind Mat’s road to success. It explains the excitement of quitting his job at Starbucks to travel to L.A. and record some music in a friend’s makeshift studio. Then, his friend helped him go on his first tour. They had no idea what to expect, and though not many people showed up, they always did their best. Things later started to change after he released his first album, Bullet. I love the storytelling aspect of this song, and the way you can almost see what he was feeling around the time you became a fan. This song was released before the album came out, so you may have also fallen in love with it before now. It’s sort of like “One Black Sheep”, but it explains his early adulthood instead of his early childhood!

“One Heart” talks about the pain of a girl and the hope that she is more than the scars she knows. It reminds me of that verse in “Down”, a song from his last album, where he talks about a 17-year-old girl struggling with depression. The way Mat can somehow dig into and word the way things really are is INCREDIBLE, you guys.

I believe this is going to go down as one of the top albums of the year, so pretty much y’all need to get this album now. It’s 80’s pop-influenced, but it’s something everyone will love. If you have never heard any of Mat’s songs, you better brace yourself because you are going to be obsessed with this guy. Obviously I love Mat, but it’s not without reason. This guy works insanely hard on attention to detail so that you and I can have great music, and I cannot wait to hear what he has in store for us in the future!