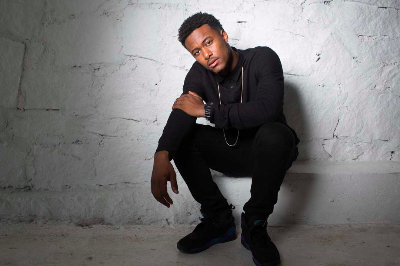 Dove Award winning hip-hop artist KB released a brand new lyric video for his debut single “Sideways,” off of his highly anticipated release Tomorrow We Live, set to drop on April 21. The video can be watched below.

“’Sideways’ came from a place of being young and finding myself being profiled and expected to be a certain way,” explains KB. “Then when people meet me, they find out I am different than what they expected: I do hip-hop, have a degree in Theology, am serious about God, got married at 22, and it just doesn’t make sense to people, they tend to look at me sideways. Also, when you are sideways you have to be supported by something else, and for me I am supported by my God. So with this song, I want to invite people to embrace the strange/normal that God made them to be.”

KB hopes to encourage those who listen to his record and letting them know that one day the battle will end and Tomorrow We Live.

“Sideways” and the entire sophomore album will be available to pre-order on iTunes and other major digital platforms starting on March 10.

For more information on KB and the new album, please visit www.whoiskb.com.