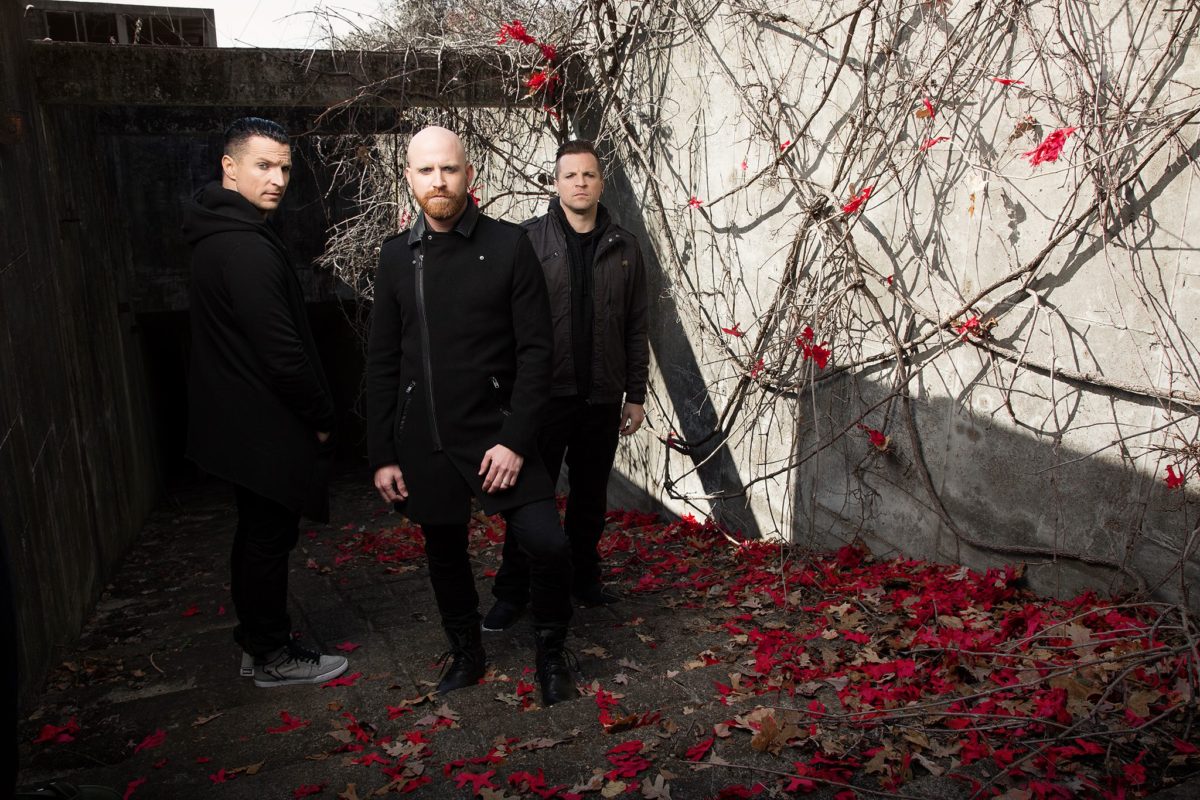 It’s February of an odd-numbered year, a time that many Red fans have grown accustomed to witnessing the release of a new full-length. Since unleashing their sophomore release Innocence & Instinct in February of 2009, the hard rockers have made this time a staple for new music, releasing their third and fourth studio efforts in the second month of 2011 and 2013, respectively. Coincidence or not, this has become a highly-anticipated time for fans of the Nashville-based trio. With the enlistment of Love & Death drummer Dan Johnson, Michael Barnes and the Armstrong brothers are now back with a brand new album. of Beauty and Rage is set to release on the 24th of, you guessed it, February.

“Descent” is a brief instrumental intro that sets the tone for the rest of the album, and the orchestral feel is a great way to kick things off. The first full song on the record, “Impostor”, is a hard-hitter that reincorporates the signature strings that were so woefully absent on the band’s last effort, 2013’s Release the Panic. “Shadow and Soul” is the longest song on the album, and one of the longest the group has ever written. It continues to build all the way up until the ending, when a quiet piano is the only thing left to complement Barnes’ singing. With the continued usage of strings in addition to an accessible feel, even for a band like Red, “Darkest Part” is bound to have success on the airwaves. “Fight To Forget” follows, and is about as heavy as it gets; even when Barnes isn’t screaming, the song still feels like a punch to the teeth. “Of These Chains” brings the piano to the forefront while Barnes sings along, giving the listener a reprieve from the intensity of the track’s predecessor. Yet another powerful composition comes in the form of “Falling Sky”, but it’s the brief key-alternating bridge that really sets this song apart as a standalone gem. This is followed up by an interlude, “The Forest”, which lays the foundation for the second half of the album.

Together, “Yours Again” and “What You Keep Alive” are a solid 1-2 punch overall, but, with a crushing potency and dark atmosphere, the latter of the two is the best song on the entire album. “Gravity Lies” is almost as phenomenal, and the intense bridge proves that Of Beauty and Rage’s second half is just as good as, if not better than, the first. “Take Me Over” is an upbeat, relatively straight-forward tune, and “The Ever” follows in this same vein, while slowing things down a bit. The powerful “Part That’s Holding On” is the final song featuring Barnes, before the instrumental “Ascent” wraps things up rather nicely. All in all, this 4-minute-long outro is the perfect way to close out the record.

The longest album from Red, not only in duration but also in the number of tracks, proves to be one of their best in quite some time. of Beauty and Rage takes parts from both Innocence & Instinct and End Of Silence. On their latest effort, the band does a fine job of melding strings with electronic elements, which are present enough to be noticed yet subtle enough to avoid being over-the-top.

Tonight, at 9pm/8pm CST, RED will be streaming of Beauty and Rage for ONE HOUR ONLY. Make sure you give their Facebook page a like where the link to the stream will be posted when it goes live.