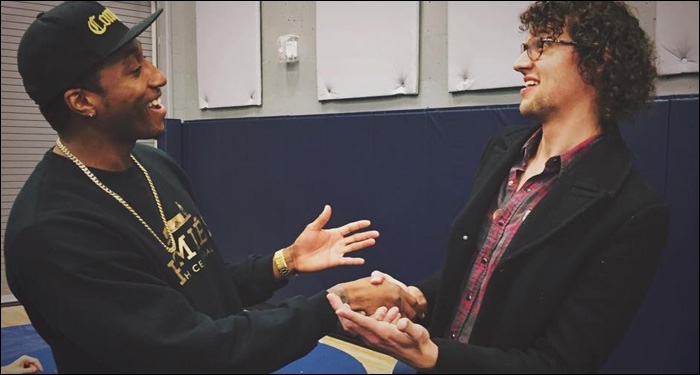 Earlier on this afternoon at the Grammys, Lecrae added a second grammy to his list of musical accolades as he took home the Grammy for Best Contemporary Christian Music Performance/Song for “Messengers,” which featured for KING & COUNTRY, off his latest album Anomaly.

Also nominated for the award were Francesca Battistelli’s “Write Your Story,” Crowder’s “Come As You Are,” MercyMe’s “Shake,” and Needtobreathe’s “Multiplied.”

Lecrae, who won his first Grammy in 2013 for his album Gravity, was also nominated alongside Erica Campbell for her song “Help” in the Best Gospel Performance/Song which he featured on. He was also nominated in the Best Rap Performance category alongside the likes of Kendrick Lamar, Eminem and Drake. Unfortunately for Lecrae though, he lost out in both of those categories to Smokie Norful’s “No Greater Love” and Kendrick Lamar’s “I” respectively.

From all of us here at JesusWired, we’d like to congratulate Lecrae on his 2nd Grammy win, and a big well done for being nominated in the same category as those secular rap heavyweights. CHH is on the move! Thank you God!