January is a tough month for music blogging. Most major artists don’t release much of anything between the end of November and the beginning of February. I’m guessing it has something to do with the holidays. It makes sense, but guys like me who want to blog on music once a month end up having to work a little harder to find stuff in that dead two-month window. That means there’s going to be a lot more indie stuff in these windows, because they don’t follow the rules of major artists. I’m totally fine with that, of course. I just wanted to let you know I WORKED SO HARD IN JANUARY.

Anyway, here are my picks for the month: 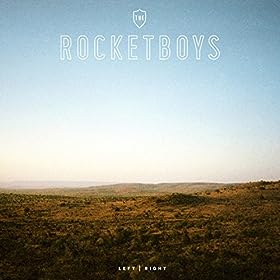 The Rocketboys are a band I’ve been following for a few years now. They’re based in Austin, so they used to stop at the smaller venues in Dallas a lot as an opening band when I was in high school. They were great then, and they’ve only gotten better. Left | Right finds The Rocketboys at their most polished, but there’s still a lot of life and personality in these tracks. The new EP features four sunny indie pop songs reminiscent of Coldplay’s earlier material. The highlight of the album for me is definitely Viva Voce, which deals honestly with the struggle of wondering if you can really make a difference as one person. 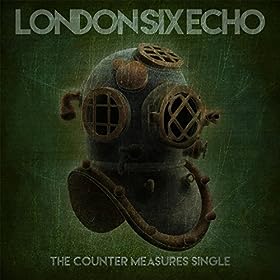 Project 86 frontman Andrew Schwab is a busy man. He’s obviously got his hands full as Project 86 continues to pump out their quality blend of rock and metal, and if that wasn’t enough, he’s written several books, maintained a blog on Patheos, and recently accepted a position as director of both the young adults and men’s ministries at a church in Denver. On top of all that, just this month he released new music from his electronic project, known as London Six Echo. The EP is only three songs long, but it certainly shows promise, with its eerie melodies and harsh, dark electronic instrumentation. 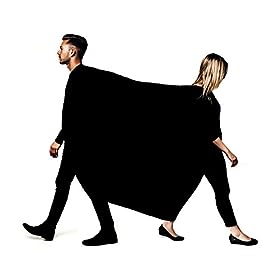 I honestly don’t have a clue if Author would consider themselves a Christian band. I found their album listed on Indie Vision Music’s album release page, and I can’t figure out if it’s just because Aaron Marsh of Copeland produced some of their stuff or if there’s more to the story. That makes interpreting their lyrics a tricky thing, because if you work hard enough, you can read a Christian message into just about anything. That’s just a side effect of worshipping the God of everything. No place is off-limits to Him.

There definitely seems to be a narrative flow to Author’s debut full-length album. It could very easily be telling a story as simple as a relationship that starts great, goes sour, then finds some semblance of redemption. It could also be a retelling of the parable of the Prodigal Son. The song “Regret” in particular sounds like it could be told from the father’s perspective in the parable. In that sense, I think there is some definite value for Christian listeners, as the album explores themes of doubt and brokenness juxtaposed against a promise of hope. That said, don’t expect any on-the-nose worship lyrics. Musically, Of Brighter Days is incredible. Take the spacey, syncopated grooves of Mutemath and pair them with the gorgeous, falsetto harmonies of Copeland, and you’re on your way to a picture of what these guys sound like.

I may be alone in thinking this, but I find something profoundly worshipful in love songs when they’re done right. The Bible tells us God is love, and the relationship between Jesus and the Church is frequently compared to the relationship between a husband and a wife. To me, it naturally follows that a love song that talks about love in certain ways can be incredibly worshipful. Not many people pull this off very well, but Drew Holcomb & The Neighbors absolutely nail it on several cuts of their new album. Love is presented as something unconditional and lasting on Medicine, and even though the love songs are clearly written for a human relationship, it’s hard not to see Drew Holcomb’s faith shine through, particularly on the love songs. Musically, Medicine is equal parts Tom Petty and Jim Croce, a blend of Americana and 70’s singer-songwriter, with an occasional dash of country in the form of a slide guitar. Also, check out the music video for “Here We Go,” which features a giraffe playing a piano solo and a line-dancing banana. 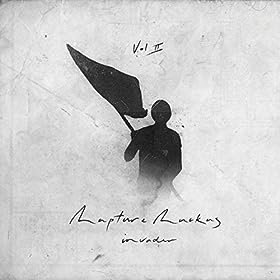 This album is pure, unadulterated fun. There isn’t a whole lot of lyrical depth (unless I’m missing some incredibly deep metaphors in Boomerang and Mr. Roboto), but Rapture Ruckus isn’t trying to rap theology here. Where most of Rapture Ruckus’s previous work had been a very pop-based hip hop sound, Invader Volume 2 turns to more rock-based instrumentation. There are gritty guitars, aggressive vocals, and just enough synth instrumentation to keep things interesting. The album sounds like a blend of Rage Against the Machine and Beck, particularly the stuff he wrote for Scott Pilgrim vs. the World.

That’s it for this round! There were a few other albums with some good stuff on them, but I wanted to keep the post limited to five albums. What were some albums that stuck out to you these last few weeks?