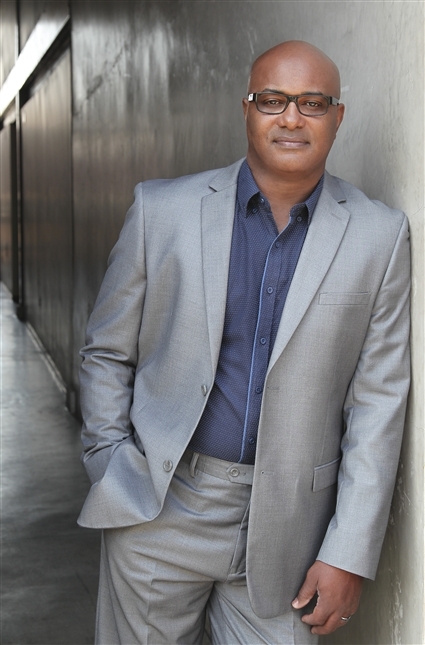 New artist Stephen B. Steward, protégé of the late gospel legend Andraé Crouch, shares his time, talents, and testimony in a “must see” feature found in the 2015 Winter Edition of Epitome Magazine. After a successful career in law enforcement for over 20 years and as a forward-thinking entrepreneur (owning Subway franchises), Steward methodically began to chart his path into the gospel music industry in 2012 and dived head-long into the second phase of his life.

In the spring of 2014 Steward released his Billboard Top 10 debut album ENTER YOUR GATES (The highest album debut by a new male solo artist in 2014), released 2 Billboard Top 50 radio singles “With My Whole Heart,” – a collaboration with his iconic GRAMMY® winning mentor Andraé Crouch, and its follow-up “Purify My Soul” both of which led to national television appearances on TBN’s Praise The Lord, The Word Network and various local morning news shows.

Lauded by music critics across the country, ENTER YOUR GATES received rave reviews from The Huffington Post which raved, “his unconventional, faith-driven tenacity can be felt throughout the entire album,” as well as thumbs up from Pop Culture Commentator Jawn Murray’s AlwaysAList.com among more.

Stephen B. Steward will appear on an upcoming episode of BET’s Bobby Jones Gospel Show on Sunday, February 8, 2015 at 8am EST / 7am CST performing his emotionally driven single “Purify My Soul.”