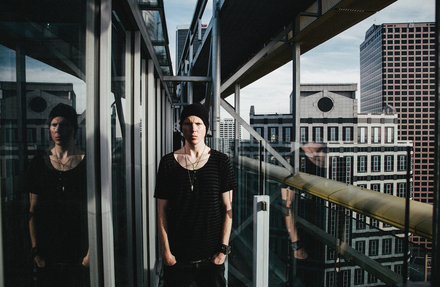 BEC Recordings’ artist and author Manafest was awarded his fourth career JUNO nomination earlier this week for his 2014 release The Moment. The album was nominated for Contemporary Christian/Gospel Album of the Year. The 44th annual JUNO Awards will be broadcast on CTV from First Ontario Centre in Hamilton, Ontario on Sunday, March 15, 2015.

“I was super stoked to find out I was nominated for my fourth Juno Award,” shares Manafest about his nod. “Even more excited that the event is on my daughters first birthday, hopefully I can take a Juno home for her.”

Last year, Four-time Dove Award nominee Manafest released his seventh label album, The Moment, with BEC Recordings. This album followed his highly popular and best-selling 2012 album Fighter. The Moment features 12 new songs and was produced by Thousand Foot Krutch’s Joel Bruyere (10 tracks), Adam Messinger (“Edge of My Life”) and Joshua O’Haire (“Light”). The Moment gets back to Manafest’s roots of rhyming and infusing a singing style that is his own making this his strongest and most creative effort yet.