Not only is singer, songwriter and musician Josh Wilson preparing for a brand new album — he is also partnering with a multi-national and highly successful corporation. Pepsi MidAmerica has chosen Wilson as one of the latest Christian-based artists to be featured on one of their soda can brands! He appears on three million cans of Diet Pepsi, and each specially marked can offers a free download of Wilson’s song “Carry Me.” Fans are now able to purchase the cans in participating retail stores in the midwest.


In 2013, for the first time in history, Pepsi supported the faith-based industry by displaying a handful of Christian artists and their messages of hope on the brand’s popular cans. These limited edition cans have featured such artists as TobyMac and Colton Dixon on Mountain Dew and Matthew West on Pepsi.

Along with his Diet Pepsi debut, Josh Wilson is currently writing and recording for his sixth album release, which is slated to hit shelves later this year. The album’s first single will hit radio later this spring.

For the latest information about Josh Wilson, please visit JoshWilsonMusic.com and the links below. 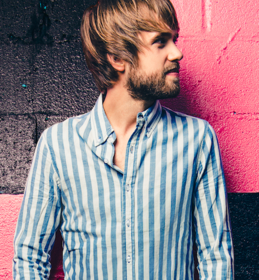