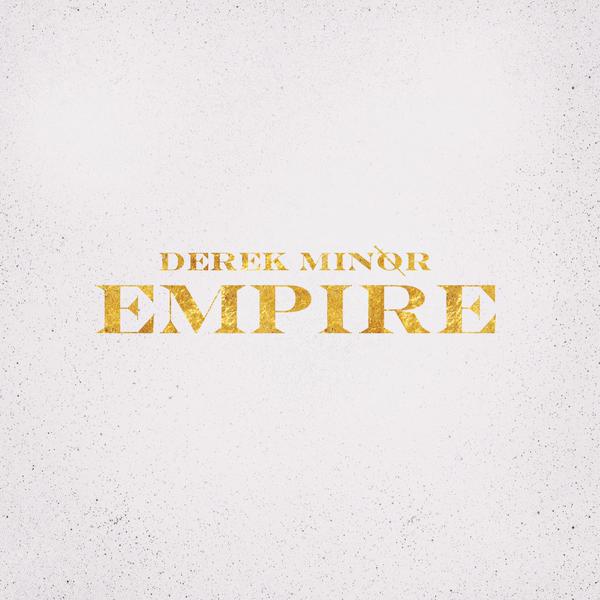 Nashville resident Derek Minor has been honing his craft since he was a teenager. After growing up with the difficulties, and conflicting influences, of a hard working Christian mother, and a stepfather knee deep in the drug culture, the artist formerly known as Pro continues to grow his brand, and spread the good word with his Reflection Music Group label.

Minor is one of the industry’s hardest workers, popping up left and right on fellow artists’ albums both as a performer and producer.

Much has already been made prior to Empire’s release about his former road manager nobigdyl being let go, purportedly due to his being “too good of a rapper.” The circumstances surrounding that have got to be more amicable than media is attempting to portray since the aforementioned is featured on Empire. Derek Minor is clearly not afraid to share the mic with talented artists, as he exchanges bars with label mates B. Cooper, Deraj, Tony Tillman, Canon and Chad Jones. Also appearing on the record are the likes of Lecrae, Tedashii and Social Club.

Everything about Derek Minor’s music oozes authentic Southern rap, and Empire more than lives up to that billing. As a self described “blue collar artist,” Minor eagerly accepts the challenge of energizing crowds, but hopes to leave them thinking about the reality of there being so much more to life than themselves.

Minorville, released in 2013 was on many top ten lists at the end of the year, and Empire looks to continue that momentum with the bevy of guest features and the to be expected top notch production and the stellar lyrical delivery form Minor himself. As is often evident with artists who also work on the production side of music making, Derek Minor is a meticulous craftsman who clearly is very hands on in placing the appropriate artists with the appropriate beats on the appropriate tracks.

Kicking off Empire is “All Hail the King”, featuring Deraj and nobigdyl. From beat one until the end of the track, the opening track is tailor made for the club. The bass doesn’t quit, the lyrics are crisply delivered and are strategically placed to leave the listener on edge for what is to come next.

“Empire” takes on the responsibility of being the title track, and more than lives up to its billing. The track invokes a calling to arms/foot in the stand response.  Minor calls out the disbelievers and lets them know that God and his people won’t be stopped until everyone has the opportunity to see the wonders of a life with God at the center.

“Who You Know” keeps up the sonic boom bass theme while tackling the issue of Christians often being the reason why those without faith choose not to pursue a relationship with God. The track also addresses the challenge of being a Christian in the proverbial spotlight dealing with those that like to (hypocritically?) challenge their foundation and strength of relationship with the Most High.

“Kingdom Come” is a walking down the block retro themed look at the often misguided approach to what is important and life, notably what makes a true empire.

Minor welcomes in Tedashii and Tony Tillman on “Slow Down”. The lyrical delivery and sonic beat play are a contradiction to the title as the artists take turns addressing the pursuit, and dangers, of the worldly view of how to have fun, ie. the all night party lifestyle.

“Stranger” takes a step back from the party beat theme to tackle the uncomfortable issue of the often unfair struggles of those in the urban communities. Society, notably in the Christian community tends to pretend that their foundations are without prejudice, but the reality is often exposed when push comes to shove and its time to get dirty in the streets.

“Last Forever” continues on with the mid level pace perhaps appropriately found in the middle of the album. B. Cooper throws up quality bars in conjunction with Minor with the chorus being delivered by Leah Smith. The track addresses the goal of planting seeds with one’s life to help lead someone else to heaven vs. simply focusing on one’s self.

Perhaps the most personal track on Empire is “Save Me.” Just as so many others do, Minor reaches out to God for questions and guidance through life’s trials and tribulations such as untimely deaths and being surrounded by drug abuse. Derek admits he couldn’t make it through life without help from above, an important message many refuse to hear.

Chad Jones and Anthony Evans Jr partner up with Derek Minor on “Right By My Side.” The track addresses the emptiness of going through life without Godly loved ones being beside us every step of the way.

Social Club joins Minor on “Party People” and provide the organized chaos that the crew has become known for. Fem, Marty and Derek show that CHH (if you still call it that) can deliver quality themes and entertainment without compromising one’s beliefs. Regrettably, lyrically there is a lot of unused space on the track, but when the emcees jump in, they deliver as all three are known to.

“Until The End Of Time” takes us out, and delivers perhaps the most poignant line “Christ the King, and this is His Empire” to sum up the album’s theme. As previously stated, Minor is a master at piecing the pieces of an album’s puzzle together, and the final track is proof of that.  He calls on the accompaniment of longtime friend Lecrae and Reflection label mate Canon to help bring Empire to a close. The album is tied up into a nice neat bow with the final standout track having a beat you don’t want to stop and lyrics that will make you rewind over and over to ensure you catch every nuance.

Strategically placed throughout the album are scaled back, more R&B themed tracks that allow the listener to catch their breath and give their pulsing ear drums a break. The impressive vocalists mixed in the the sprinkled hip hop lyrics on the tracks such as “Babel,” “Babel 2,” “Fly” and “Oceans” elevate them far beyond “filler” status.

Derek Minor, almost as if to prove he doesn’t care about accolades or recognition, has released a top notch bar setting album in the first month of the year. This album will not get swept under a rug, the beats are too crisp, the features are perfectly placed, and Derek’s own lyrics, as always are on point. Empire is a worthy standard bearer for the world of Hip Hop in 2015, that God is the center of the album is further proof that the wall between secular hip hop and CHH is coming crumbling down. Albums like Empire will certainly help expedite the process.