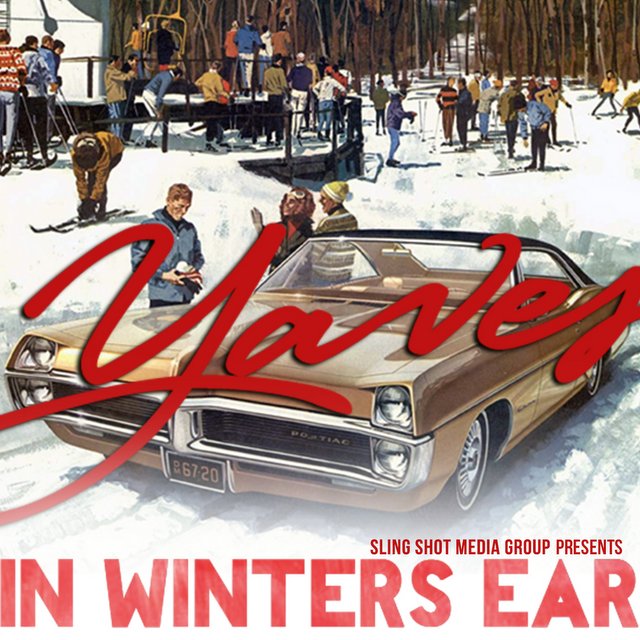 “Listen to their music you see where they get their style from/ all these false kings-corner stores is where their crowns from/ momma always told me “boy them clowns you stay from ’round them” they not on your wavelength they step up then you drown them...”

Yaves cautiously spouts on the heavy drum coated track of “Rumble Young Man”. It’s 12:35 a.m. and we are witnessing the seventh hour of a session that has birthed four works of art. Late nights like this at his Columbus based studio compound are common for the Ohio bred emcee; however the energy of this project is far from the norm. The energy is consistent and the momentum can be seen in vivid form on the In Winters Ear extended trailer that was released via YouTube (see below).

Yaves has enlisted a solid team to help craft the look and feel of In Winters Ear. From the production down to the direction of the artwork, this project has been the perfect storm where strategy collides with organic creation. To help with the sonic outcome of the EP Yaves linked up with Texas based Grammy nominated (Eminem: The Marshall Mathers LP 2) engineer Maurice “Malex” Alexander. The two began to build a relationship after meeting in October of 2014. The two have created a consistent workflow ever since, which is sure to increase the output of new music from Yaves in the coming year. Additional production has been provided by Atlanta based producer QWOND3R (Gucci Mane, 2 Chainz), Z4L, and long time friend and collaborator Ron Riley. With a few features that include New Orleans based artist Dee-1, Sivion, and from Stalley’s BCG camp King Vada, Yaves creates a piece of work that is set apart from his previous projects.

In Winters Ear offers the originality and unique story telling style that Yaves has always offered his listeners but from what we hear so far, this project will outshine his previous works. Yaves brings bold and honest lyricism, which makes a statement that will be respected. There is a re-energized and refined sound that listeners will be sure to feel. Yaves paints a vivid image on the stand out track “Blood Covered Snow”, and brings the listener to a time when he was set up to be murdered and how the assault was a pivotal moment which changed his life forever. Produced by Ron Riley, this track is a well-executed, compelling piece of storytelling which allows listeners to cinematize his words into images in their mind.

In Winters Ear speaks revolution, the feel nostalgia is rooted in the track listing, we close our eyes and go back to 1993 right in the middle of the golden era of hip-hop. This EP encompasses everything Yaves stands for; creativity, challenging “cultural norms”, and wordplay that never disappoints.

With a release date of February 10th, 2015 the final track listing for the project is as follows: