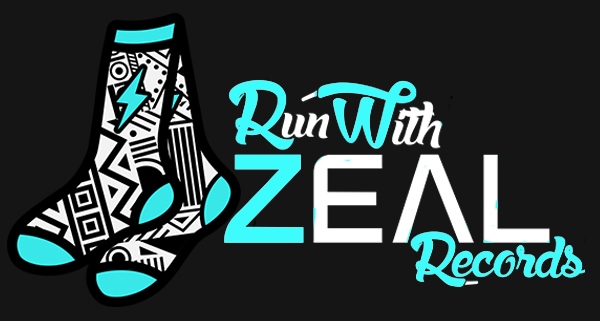 Zeal is the pursuit of a cause or an objective with great energy and enthusiasm. Sicily and Long are gearing up to display ZEAL though their record label and influencing the culture with the Gospel. Hebrews 12:1 is a verse that inspires them.

“In the word, it says we are called to run with endurance and display our faith with great passion and confidence,” Sicily said in a recent interview with Jam The Hype. “We want to encourage believers to continue to run the race set before them and encourage non believers that there is hope.”

While Sicily and Long were fellowshipping and participating in the same Bible study, they started to realize they had the same vision, which is to be missionaries within the hip-hop culture. Sicily’s Fighter project, which is based on James 1:1-18, is a theme that runs through their approach to music. Run With Zeal Records aims to be transparent at events, through art, and as ministers.

“We are very transparent about things we go through,” said Jonathan Long, who Rapzilla.com recognized for his Legacy Conference Hot 16 submission in 2014. “When Paul talks about suffering, he speaks on how suffering produces endurance, endurance produces character, character produces hope. Through this suffering, we are showing others how we’ve suffered and encouraging people to fight through it and remain faithful to God.” Before Sicily and Long even met, they already had similar mindsets, making their formation of Run With Zeal Records an organic partnership. “We didn’t think a record label would happen the way it did for us. Six months ago we didn’t have the resources and support we have now.”

Sicily was featured on Thi’sl’s Gurl Code compilation album as well as collaborated with KJ-52, V.Rose, and many other of Christian hip-hop’s well-known names.

Run With Zeal Records will be releasing music in various retail and digital outlets worldwide through a distribution deal they recently signed. Details on their deal will be revealed soon. Sicily and Jonathan Long are both working on new albums for 2015.