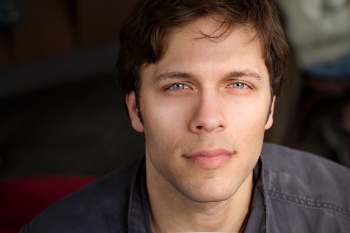 Executively Produced by Ed Cash and co-produced by Scott Cash and Cody Norris in Nashville, Tennessee, the EP features 5 original songs from the talented newcomer, who has shared the stage with such artists as Sidewalk Prophets, Audrey Assad, Love and the Outcome and more.

”Different is probably the most evangelical song I’ve written, and it’s as much for the lost as the found,” says Lee. “I sort of play with the idea of time and space, and how we as humans are bound by that. We’re limited. But God, He’s limitless, He’s endless. And it’s not just His reign that’s endless; the possibilities of what He can do are endless. In that, we all have hope.”

Lee grew up in a musical family, but it wasn’t until faith in Jesus became his life’s focus that he started writing. At the age of 14, he found his dad’s old guitar and began scribbling down songs for the sole purpose of responding to the Lord. Those quiet moments of contemplation, time spent in the Word and connecting with God through song, are what inevitably led him to leading worship. Lee quickly realized that songwriting and worship leading weren’t just a hobby, a job title, or even an exciting career move. It was a calling.

Today, Lee is the Senior High Worship Leader at Pathway Community Church in Fort Wayne, Indiana, where he lives with his wife Michelle and sons Preston (2) and Stetson (4 months).

Lee is currently working on a new EP with the team at Ed Cash Studio, with a release planned for early summer 2015.

For more information, visit the official website at www.mikeleemusic.com.