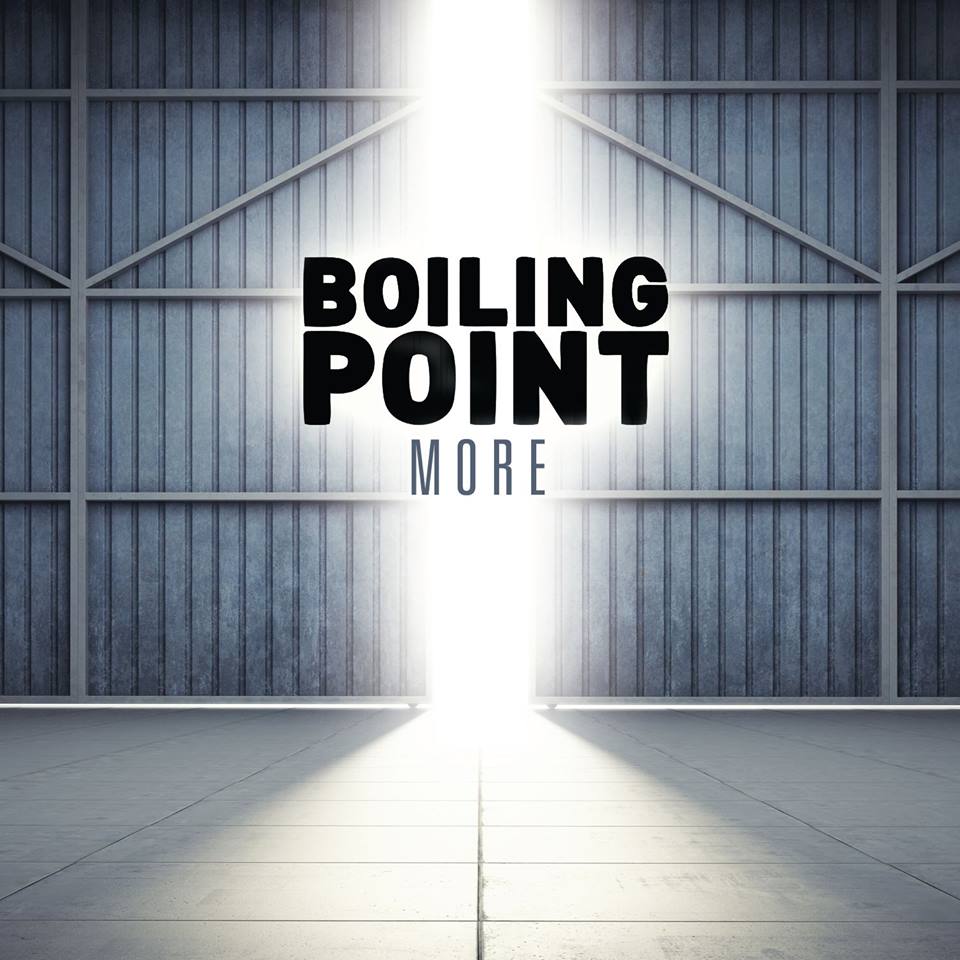 Minneapolis four piece Boiling Point have delighted fans with their guitar driven melodies since 2010, and have opened for acts like Switchfoot, Third Day, Thousand Foot Krutch and Kari Jobe. Now with their third release More, they return with a more mature and in-depth sound.

Opening with “More,” Boiling Point immediately dive in with an energetic message of hope. A kick drum goes straight to an electric guitar rift that makes way for a strong and empowering verse and chorus. This track is radio friendly, and it will empower you as they remind us of God’s promise of restoration. Singing, “We are made for more than to be victims of this storm,” Boiling Point is bold enough to meet the listener in their place of struggle, but also challenges them to step forward in faith. We find this throughout the album and this is a definitive marker of the band.

Vocals and piano then open “Brand New Day,” and we are given one of the strongest tracks on the album. A driving rock tune, there is a strength and conviction embedded within the content and delivery of the song. The rift within this track and the grittiness found in the lead vocal show that Boiling Point have the capacity to really make their mark on the industry, and when they enter the bridge and the lead vocals soar, it is clear that the alternate rock genre is their niche. “When You Lost It All” is a message to the listener encouraging them to look to God when they have nothing. The theme of this song is so poignant, but the highlight is definitely the instrumental between verses which shows shades of Switchfoot and Remedy Drive in the layering of vocals and instrumentation.

“One Day” continues with this message of hope, and the poppy track is polished in its harmonies. Urging us to stand up and be counted, this is an uncomfortably truthful track that again urges us to step beyond our present struggles and have faith they will pass. The following track is “Heartbreak,” and it is unclear whether this is a song about a romantic relationship or a deep love for a friend. In any case, there is a deep vulnerability within the lyrics many of us will relate to. Saying, “I will wait for you,” it is an endearing track that will grow on you as you resonate with the lyrics.

The base line in “Stay With Me,” immediately makes this tune distinctive on the album. Fast, intriguing and rather poetic in lyrics, the band lean again toward a harder rock sound and this makes it one of the stand out tracks. Carrying a powerful message saying, “Your world is not an island, stay with me,” there is a darkness and honesty in the lyrics that enables the band to meet the listener and speak directly to them.

“Put Your Hands Up” is fun and unpredictable. There is nearly a punk vibe to this track, and this is assisted by the repetition in the chorus and the sudden break towards the end of the song. “Ordinary Girl” is acoustic based and shows a softer side of the band. Challenging the connotations of what “ordinary” actually means, this is a story about many females who strive to find worth in ‘becoming’ something more when they are already beautiful.

“Leave It All Behind” is about the new start we have in Christ. The lyrics are complimentary to a pop song, and work well with the music to accelerate the rifts in the song. Finishing with “Reason,” listeners are given a prayerful ballad about coming to God when we lose faith.

More is a solid album from Boiling Point. With well written music and lyrics, it is clear there is the potential to further develop their sound and make their mark on the music scene. Excelling with their rock tones, the band’s ability to acknowledge deep pain yet still empower the listener to seek hope is quite special. You can get your copy of Boiling Point’s More now.