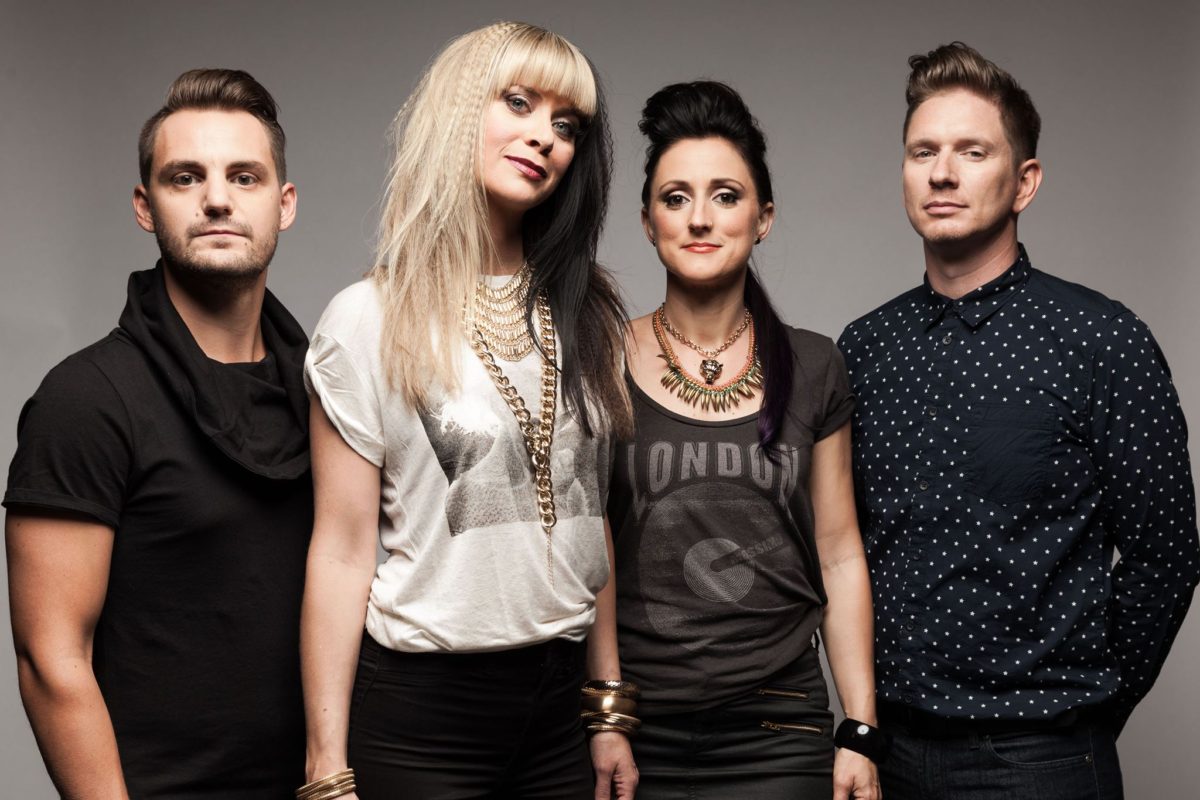 After an immensely fruitful run under an arm of Sony that yielded a GRAMMY nomination, the soundtrack for NBC’s “Bionic Woman” promos and victory in Taco Bell’s “Feed The Beat” campaign that catapulted the band onto a performance at the Winter X Games, Fireflight announces INNOVA, its first new album in over three years. INNOVA will be released independently through The Fuel Music May 5, 2015. Refined during a season of pain, uncertainty and frustration, the band’s fifth full-length album is already finding significant success at radio as the band stretches the limits of its art, reinventing itself while continuing to connect with its fans on a personal level.

“We had a great relationship with our label for the past eight years, but we were not going in the same direction as the other artists on our label,” says Wendy, who credits the band’s fans for having enough faith in Fireflight to become a part of the renewal process that led to the new album.

“INNOVA (the Latin word for ‘renew’) is a really old word, but it’s also almost futuristic in a way,” says Glenn. “It really told the story in one word of bringing what Fireflight has done in the past, but also moving it into the future. The official release date of 5/5/15 is significant because it’s going to be our fifth album and celebrates the 15th year of the band.”

Already garnering acclaim, INNOVA’s lead single, “Resuscitate,” made its debut at No. 19 late last year and quickly rose all the way to No. 1 on Billboard’s Christian Rock chart, becoming Fireflight’s eighth No. 1 radio hit. The song stays true to the band’s heavy musical roots across a narrative of feeling pushed to the absolute limit, but nonetheless suggests digging down deep within a well of faith for a jumpstart rather than simply throwing in the towel.

“It’s God who breaks through the confusion, and stills the destructive forces in our lives,” says Dawn of the inspiration behind “Resuscitate” and referencing Colossians 1:13. “He comes at our weakest moment and breathes new life into us.”

A lyric video for “Resuscitate,” filmed by Phil Ernest and featuring Dawn Michele, can be seen now below. The song is also available on iTunes here, while the full album is available for pre-order here.

With the perspective that can only come from the beat keeper’s position, perhaps Adam paints the most vivid picture of what INNOVA means to this veteran band at the precipice of a bold and compelling re-introduction: “This is the same band with four of the same people saying the things that are on our hearts, but it’s a different package with a fresh feel and a little bit of a face lift you could say. Every night from where I’m sitting, I see the connection that’s happening on fans’ faces and then I hear all the stories from many of them firsthand after the show. People are genuinely searching for community and we’re real people who actually care about them. More than merely making a record we’re proud of, that’s the heart of what Fireflight means to us.”

With singer Dawn and her husband expecting their first child early this year, Fireflight’s touring will be quiet for the first quarter of the New Year and will resume around the release of INNOVA. During that time, the band will debut its first CHR single from the new album, “We Are Alive,” on January 26, and will be shooting a music video for it in mid-January.

“Life is precious,” shares the mother-to-be about the upcoming single that taps further into the concept of community. “Every moment is another chance to thank God for the power and beauty that He surrounds us with and celebrate the miracle of His grace that has set us free.”