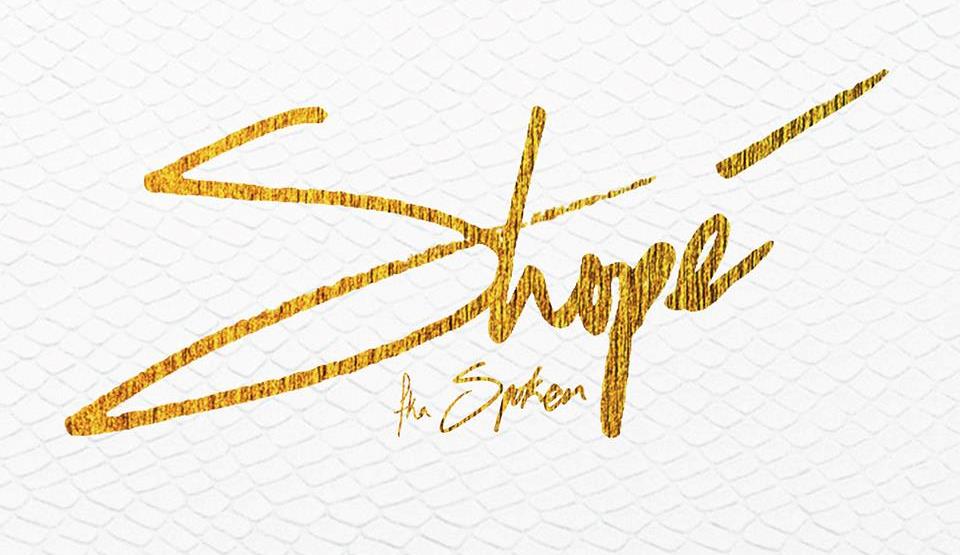 Shopé, depending on how you look at it, has either released his first or his fifth album. After releasing four albums and touring with many prominent artists such as Canon, J’Son and S.O. performing under the moniker of Spoken, the Canadian hip hop artist is already an industry veteran despite only being in his mid twenties. Due to a combination of factors including industry confusion over his name and his desire to “tear down the wall” between himself and his fans, his new handle, Shopé was derived from his first name Mosopeoluwa which means “I make joy to the Lord.”

With his self titled EP, Role Model Records’ Shopé certainly delivers on living up to his name’s meaning. The album, although quite short, is full of energy, passion and, as an added bonus, is quite entertaining.

“Cinema” introduces the uninitiated to Shopé’s versatile delivery as he alternates with silky smooth precision between traditional and double timing deliveries. He also takes the opportunity to use the opening track as an introduction of sorts to the world as he begins his new journey.


“Don’t Let Me Stop” has Shopé thinking out loud through the struggles of navigating through life’s obstacles and resisting the temptation to give up. He also finds opportunities to pay homage to his hometown of Toronto. Sonically, it matches an old school beat with John Legend-esque soulful crooning of multi hat wearing Producer/singer Q.

“Mona Lisa (Be Mine)” pairs Shopé’s hip hop with Remus’ chorus on the EP’s third track. Continuing the “open book” theme of the album, the Canadian MC serenades his wife from start to finish (well, save for the first line any way).

Shopé steps up the intensity a bit with “Confetti.” Adopting a previously unused aggressive delivery, at least on this EP, “Confetti” plays as a drawing a line in the sand of sorts, in a challenge to those who choose to live their lives for anything other than praising the glory of the most high. The track is really more of a call to arms than it is a traditional delivery of bars.

Rounding out the EP is perhaps the most “ready for radio” track, entitled “The Win.” Along with Dru Bex and Julien, Shopé delivers high octane reinforcement that through God, our outcome has already been determined, and is in our favor. Starting out with a deceptively innocent sounding whistling, “The Win” leaves little time to take a breath, even for the listener, from the first “huh!” on. The thumping bass and sirens make for a surefire radio and club friendly God praising anthem. “The win, I know we’ve got the win” chorus is delivered as a perfect crowd participation chant when performed live.

After the EP plays through, perhaps the most prevalent inclination will be to make sure the album is really over. At only 18 minutes long, Shopé really treats the offering as more of an introduction for what is to come than as a destination for a whole lot of introspection and evaluation of the world. The odd thing is that the 18 minutes of music on the album shows that the artist is more than capable of invoking the aforementioned in the listener through his music. That is not to say that the album will leave the listener feeling cheated out of the time invested, rather they will be left longing for the ride to continue. Imagine watching a really good movie preview only to find out that the movie isn’t out yet. While the full length Shopé feature isn’t currently available, the good news is the Spoken library is still available. This EP and the prior mentioned selections should leave plenty to tide one over until the first full length entry of the artist’s new chapter surfaces.

If this EP is an accurate depiction of where the Shopé ride is going, buckle up and get ready for the ride!