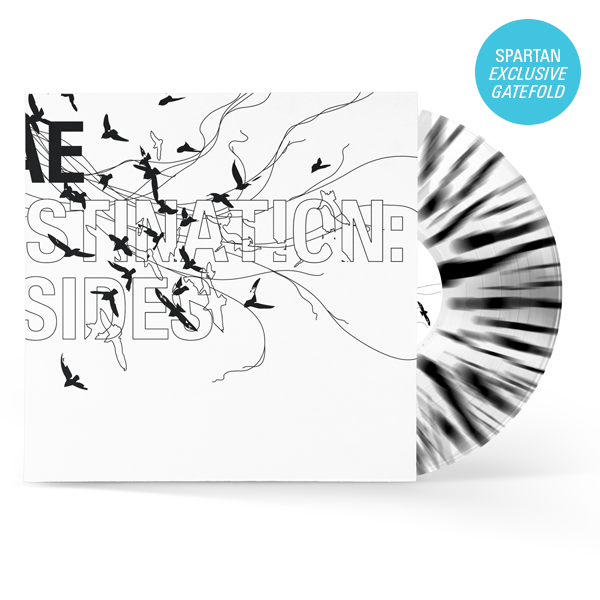 Spartan Records To Release Mae’s ‘Destination: B-Sides’ On Vinyl For The First Time On January 27th

Seattle based independent label Spartan Records has announced plans to release influential rock band Mae’s beloved compilation Destination: B-Sides on vinyl for the first time ever on January 27th. The record will be available digitally and on limited edition vinyl from Spartan and is currently up for pre-order now at http://spr.tn/maebsides.

In February 2003, Norfolk, Virginia introduced the world to the charming quintet collectively known as Mae. Not only was their debut album, Destination: Beautiful an instant success with audiences, but their live show proved their talent moved even past just writing alluring hits. The following year, the band returned with Destination: B-Sides, their first recorded project since the release of Destination: Beautiful. The release featured 10 tracks of new and unreleased songs, live recordings, and even acoustic takes on old favorites and gave an inside look at the band’s beginnings, as well as signs of what was to come. Now, 10 years later, the album is available for the first time ever on vinyl and features a new track listing that includes two brand new takes on two classic Mae songs, “Skyline Drive” (from Destination: Beautiful) and “Where The Falls Begin” (from The Everglow Special Edition). Recorded during the summer and fall of 2014, these recordings mark the first newly recorded music by all 5 original members of Mae in over 4 years.

In celebration of the upcoming release Mae has partnered with USAToday.com to unveil a re-imagining and new recording of their fan favorite track “Skyline Drive” now dubbed “Skyline Drive 3.0.” Stream the track now:

“Skyline Drive 3.0” was arranged, performed, and recorded specifically for the Destination: B-Sides re-release,” says Mae keyboardist Rob Sweitzer. “Our fans have been asking us for a re-release of the album, especially on vinyl; and so we decided to honor those requests by giving them something “new” in addition to the re-release of the original tracks.  The five of us in Mae have been away from the collective creative table for a bit, and recording this new version of “Skyline Drive” was a great way to provide our fans with something “new” with the re-release, to determine if we still have musical chemistry, and to seize the opportunity to experiment with our sound to see if there may be more than just a re-mix left in our blood.”

Spartan Records reissued Mae’s Destination: Beautiful on an extremely limited number of uniquely colored vinyl LPs earlier this year, which quickly sold out. With fans’ anticipation for the first pressing of Destination: B-Sides at an all time high, pre-orders will likely sell out even faster.

Mae will celebrate the tenth anniversary of their 2005 album The Everglow in 2015 with a string of shows in January where they’ll be performing the album in its entirety.  Tickets are are sale now and exclusive VIP Ticket packages are available at the official VIP ticket website, theeverglowtour.com. Follow the band at https://www.facebook.com/mae for additional updates.