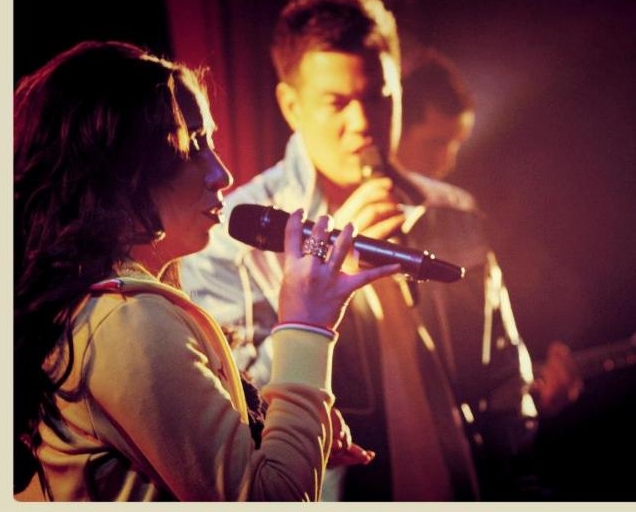 Critically acclaimed worship leader and singer/songwriter Vaughn Thompson, Jr. has a passion for worship, a trait you might expect from the Worship Pastor of San Jose, California’s 7,000 member, multi-cultural, multi-site Cathedral of Faith megachurch. But beyond merely leading his own congregation in worship, Thompson has a burning desire to raise up a new generation of worshippers and to train and equip them to engage the body of Christ in worship.

Thompson, Jr. recently served on the staff at the National Worship Leader Conference alongside a veritable who’s who of musicians and speakers, including Israel Houghton, Meredith Andrews, Shaun Groves, Tommy Walker, Rick Muchow, Jack Hayford and Dr. Chuck Fromm. Thompson was able to impact worship leaders from across the country and around the world, teaching workshops on the increasingly essential topic of multicultural worship.

“The kingdom of God is multicultural,” Thompson, Jr. explains. “It is God’s design, and it greatly affects the way we should approach kingdom activities. Corporate worship is no exception. We must learn from scripture, contemporary culture and philosophical thought to discern God’s truths and wisdom in aiming at this ever-moving target of creating multicultural worship environments in ways that are theologically sound, practical, and musically appealing.”

Thompson, Jr., along with his wife Irene (an accomplished worship leader in her own right), performed under the moniker of Third Culture Worship, a ministry they formed to encourage worship leaders to not just ‘do worship’ but to teach, train and equip others to grow as worshippers and worship leaders.

The group’s current CD,Third Culture Worship Volume 2: INVADE, has been named one of The Top 10 Christian Live Albums of 2013 by The Underground, alongside Glorious Ruin by Hillsong Live and Grace by Tasha Cobbs. Their debut CD, Third Culture Worship, was named on of the Top 5 Indie Releases of the Year in 2011 by Worship Leader Magazine.