This week, Country Weekly premiered the lyric video for Smith’s collaboration with Little Big Town – “Silent Night” – and affirmed the album as a whole saying, “The Spirit of Christmas follows the tradition of musical excellence established by Michael W.’s three previous holiday albums. If you’re a Michael W. Smith fan, there’s a reason to celebrate the holiday season early this year.” To watch the video premiere, click here.

Last week, Smith attended the 2014 CMA Awards in Nashville and escorted members of the U.S. Marines in support of their Toys For Tots campaign. Toys were collected at the taping for CMA Country Christmas and will be distributed to children and families in need in the greater Nashville region. For more information, visit nashville-tn.toysfortots.org. 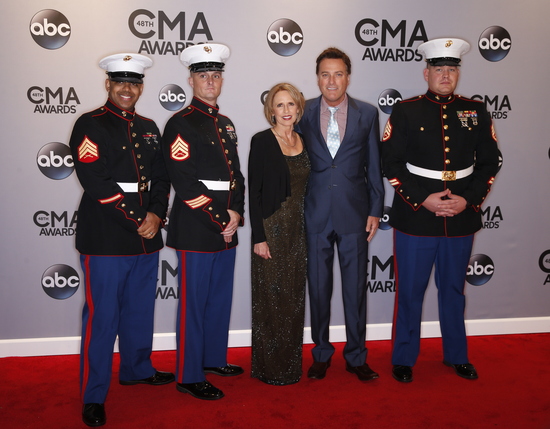 Smith is gearing up to launch the “The Spirit of Christmas Tour” which kicks off November 30 and will hit several cities in the U.S. and Canada. Partnering with Smith as the official tour sponsor is Cracker Barrel Old Country Store® and joining him on all tour dates is Dove Award-winner Rachael Lampa.