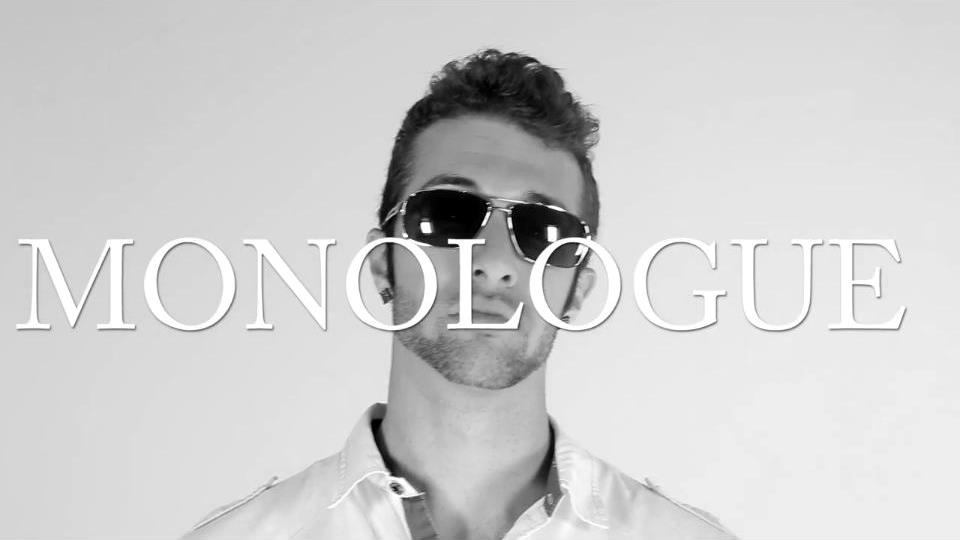 This specific song was born out of anguish. I was in a season of trials and tribulations in the summer of 2011. I remember falling into a place where I hated my family, old habits were arising, my girlfriend and I at the time were fighting, but the most painful thing was not being able to hear God’s voice for 3 and a half weeks.

After 3 and a half weeks, God revealed to me that I was being tested and that one of the reasons I was experiencing the things I was enduring was because He wanted to write something powerful to people through me. This is the reason for the intro line in the song, “…I don’t know if I’m going through it so that your spirit could write lyrics unexplainable.” I was in a hotel in Toronto and at 3am in the morning, I began writing this prayer on little hotel pads and napkins. I later took it my good friend North P and produced/recorded this track at BUCKBRO Studios in Toronto.

R3fugee’s second album, Touchy Subjects, will be dropping December 13th. The album release event will take place the same day and will be hosted at 11479 San Fernando rd, San Fernando CA. It is open to the public, with general admission being $5 and admission plus an album being $10.

Connect with the artist, and “Get Plugged In!” to us, with the links at the bottom to stay up to date with his latest releases/news.

R3fugee A.K.A. Benjamin T Gideon was born on December 15, 1992, by a miracle from the Lord. His mother was barren for ten years and could not conceive due to natural reasons. She begged for a child because she felt incomplete as a mother. She knew that she was built for a much larger purpose than just her own. R3fugee’s father (Tony) and his wife (Nadia) continued crying out to the Lord for a child. Doctor’s confessed to them that their chance at having kids was a solid 0%. Discouraged by the repetitive news, they gave up on any chance of trying to conceive children and opted for adoption. However; every door was shut in their faces and they were unable to go through with any legal action of adopting a child.

As life continued, Nadia’s sister (Samar) heard a voice from the Lord. She heard it audibly and it told her to tell her sister (Nadia), that she would conceive a child. It said that she would not be able to get pregnant with the hands of man, but only by the hand of the Lord almighty. The Lord had his own conditions that he demanded would be enforced and applied. These included that Nadia would have to fast for 7 days (only on bread and water), refrain from having intimacy with her husband during this period, that their home must be a house of prayer, that her and her husband must change all their ways of living and that alcohol may never enter their home for the rest of their lives. The Lord promised that on the eighth day (after fasting) he would create within her womb, a child whose name would be Benjamin. He stated that this child would be dedicated to him for the rest of his life. Samar heard this voice 3 times and was quite hesitant before telling Nadia because she didn’t want to freak her sister out. Through trials and hard times, the Gideon’s kept their faith burning hot and pressed through negativity.

As time continued, faith manifested into the life, in which Benjamin is living today. Through his walk with Jesus, Benjamin was delivered from being a slave to pornography for 5 years. After God delivered him, he began writing poems and songs about how great freedom in Christ was. He was introduced to hip-hop music and between God and music; this child was again reborn into a vessel for the Lord’s kingdom. With a piano, a voice anointed by heaven and holy hands, R3fugee continues to daily serve the Lord. He calls himself a refugee because he defines a “refugee” as someone who runs away from danger and finds his safety and comfort in something else. His something else since before he was created has been Jesus Christ. Led by the Holy Spirit to become a person who runs to God on a daily basis, Benjamin has adopted the name and the lifestyle of a true R3fugee. With much support and blessings, R3fugee has begun to step into his calling. His first album was released August 24th, 2010 and he has continued growing in his music and faith since then.