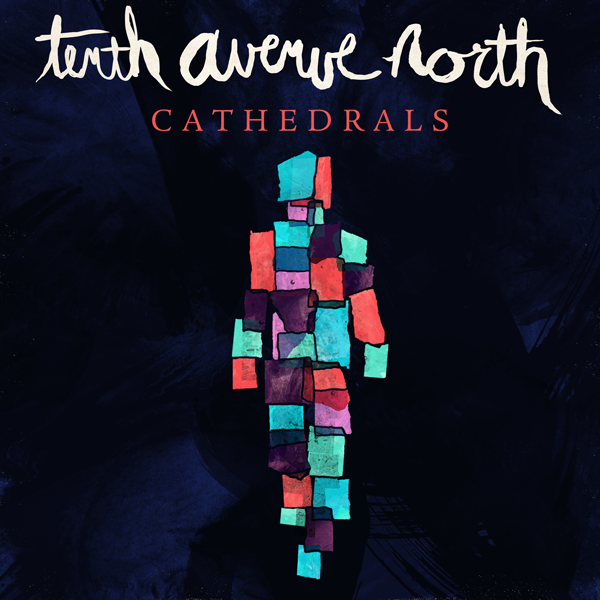 Tenth Avenue North is a band you have probably heard at some point in your life and fallen in love with. Frontman Mike Donehey always keeps it real, which you’ll know if you’ve seen him in action. Tenth Avenue North was on the Winter Jam tour last year, and was a fan favorite. Then, I got to see the band live this summer, where they previewed some new music and Mike nearly brought me to tears with the amount of love and encouragement he spoke over the crowd. Speaking of how great they are live, they are on tour with Royal Tailor and KB right now. They also are coming out with a new album, Cathedrals, on November 10th, and let me tell you- it’s a literal masterpiece.

Mike has been quite vocal about why the new album is called Cathedrals. He’s done several video blogs (vlogs) on why they chose the name for the project, and why. To give you an exact quote, here is what the band had to say about this album: “We can admit that forgiveness feels like “Losing,” we feel “Worn,” we need redemption, but hallelujah we’re not struggling to be free. Hallelujah we don’t have to struggle alone. Philippians 1:30 says we are in this struggle together.”

John Dunn said it this way, “No Man is an “Island.” None of us are meant to carry our burdens alone. So as our song story continues we’re hoping to remind you that you can get off your islands of isolation. Our prayer is that this next group of songs might help lift the shame that’s led you there, that it might break the chains that kept you there, and that you’re able to get in the boat of community and sail by the Stars of God’s promises until you reach the shore for we are His Cathedrals.”

To branch off what was said about the “No Man Is An Island” bit, their song “No Man Is An Island” was among the four-song Islands EP released this summer. For me, it created a healing process out of the loneliness I was feeling, as I’m sure it has done for many other people. The band did a phenomenal job making this track, and album as a whole, say things I so badly needed to hear. The ukulele bit at the end of this song only makes it more perfect to me.

A common topic on this album is how God leads us, a topic which should obviously never be taken lightly. It’s wild to think that the God who made the universe really leads us, a sentiment which is beautifully captured by “Stars In The Night.” As Mike says in the song, “we forget who we belong to.” We are God’s. We are loved. Most importantly, we are loved by God. We need messages such as this one to bring us back to that perspective, as we fall out of it all too often.

“All The Earth Is Holy Ground” is a ballad about how all the earth is holy ground because God created it. This ballad put the presence of God all around me in this room. It’s hard to explain how this song affected me, so I’ll just quote a part of it that blew my mind –

As far as “Cathedrals” goes, (the song, not the album), it is a reminder to all of us that “we are the spirit’s dwelling place.” As humans, we don’t think of ourselves like that, but it’s true. There is a beautiful introduction to that song, and it’s one of the only intros on an album I wouldn’t mind hearing on repeat. It’s just that good. Cathedrals as a project is beautiful, and this song only reasserts that in a pure essence that only Tenth Avenue North can achieve.

One of the best features of this album is “I Need You, I Love You, I Want You.” Mike’s voice is beautifully projected in this song, and you can hear it truly plea to God. You see, this is about God’s joy, and how it pulls on the band’s hearts. This is very similar to other song topics, but unique in that it really holds emotion in it in a way I didn’t know Mike could show.

Of course, there is a track that is more electric-vibed, but that speaks volumes to our culture, called “We Won’t Numb The Pain.” In addition to some really great electric guitar solos, it features some messages that will really make us think about the world we live in. I hope the band does this one live, as it’s both fun and thought-provoking.

There is something about this album that makes me want to bask in these tracks all night and day. These are, in my opinion, some of the best songs in 2014 (or even some of the best songs this band has ever done). The guys really brought down the house with this album and this is a top pick of the year – maybe even my number one pick of the year. My best advice to you is to run, don’t walk, and get this album when it releases on Monday and before it’s gone. Be blessed by these songs, and take their messages to heart. Goodness, the band really did a great job on this. Thank you from the bottom of my heart for taking the time to read this, and may the album bless you as much as it did me.