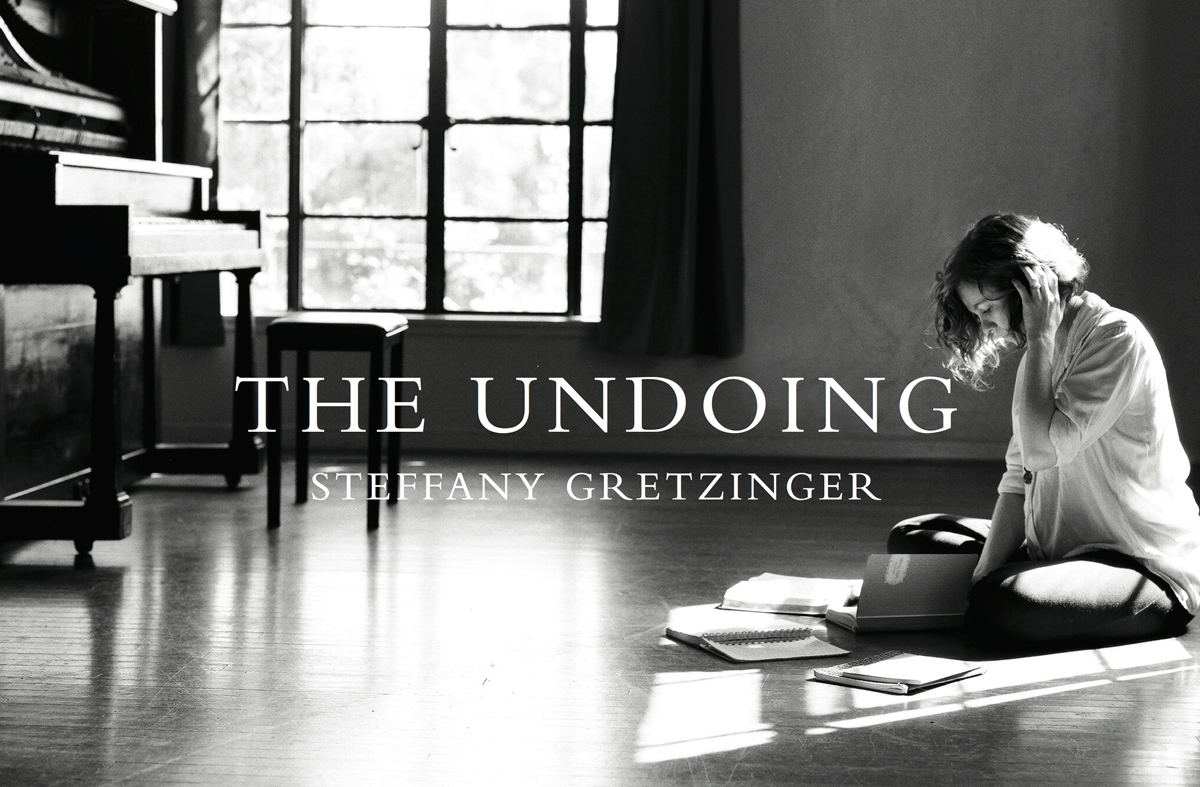 Steffany Gretzinger Is Breathtaking On New Album, ‘The Undoing’

Singer/Songwriter Steffany Gretzinger is a key member of Bethel Music, the music ministry stemming from Bethel Church in Redding CA. Her provocative vocals took center stage in their latest release You Make Me Brave, which reached #10 on the Billboard 200 charts, and cleared the way for Gretzinger to release her own solo work. Titled The Undoing (Provident Distribution), her début is about the journey we take as we do life with God. Gretzinger shares, “Some songs began in spontaneous worship, others started as personal prayers or were written for friends. These songs are the in-between Sunday’s stuff, when no one else is watching… learning to worship and sing truth over yourself until you believe it, not just because you do,” This mission shines through implicitly on each of the 11 tracks of this stunning album.

“Morning Song” is a fitting opener to an album created around intimacy with God. Steffany’s husky vocals balance beautifully with a piano based melody and synth based overtones. A song about promise, she talks about, “It’s the dawn of a new day, you’ve painted for me,” and there is a strong sense of the intensity of a small and pivotal moment with God. This is by no means an extravagant song. Much of it is understated and subtle, the plucking of the acoustic guitar carrying it with Gretzinger’s sincere vocals. But there is a beauty and elegance about it which transcends the rest of the album, and this track will incite hope in you.

Following on with “Constant One,” we are given a stripped back piece about the faithfulness of God. With echoes of Bethel’s The Loft Sessions, fans craving a more intimate sense of worship will gravitate to this track. “Out of Hiding (Father’s Song)” is the perfect blend of vulnerability and power. Steffany’s voice soars with the minimal instrumentation early on in the track, and this hearty song about God’s love for us saying, “I saw it all, but I chose the cross,” is a standout on an overtly beautiful album.  The interlude of “I Spoke Up,” is a short but rather exquisite addition. Evidently a very personal piece, this highlights the intimacy of each of the tracks penned.

“Cecie’s Lullaby” is sweet and breathtaking. Drawing on the love a mother has for her child, or God has for us, strings drive this melancholy tune which will lull you into a precious moment between a parent and their child. “Letting Go,” is a long track. At 7 minutes, it has the ability to feel too drawn out, but the intensity of this moment of worship makes it poignant and a steadfast addition to the album. Gretzinger’s vocals enter in after a minute, allowing listeners to become lost in the free worship of the instrumentation. Her personal version of the track which also featured on Bethel Music’s Tides, this is simple but elegant.

The synth based approach of, “Promise I Always Will” can come as a shock to the system after the quiet of the previous track, but the balance of this with piano sheds a new light on the album. Intensity is added through the mix of modern tones and classic instruments, and her voice balances out any discrepancies that would normally occur between these two differing sounds. “Steady Heart” is experimental in the decision to overlay vocals, and it subtly builds to create a consistent and reliable aesthetic. Following on with, “No Fear In Love,” the track is opened immediately by Gretzinger’s smoky vocals. A simple song filled with piano, the ethereal sounds of strings and minimal vocals, this track is superb and radiates a sense of purity.

In one word, “Open Up Let The Light In,” is pretty. It carries a real femininity to it, but is also strong and seems to give us a taste of what the throne room of heaven is like. Very much a free worship track, it circulates around the words, “Open up let the light in,” and the rise and fall of the music as well as the facets of the vocals are gorgeous. Closing with “Getting There,” Gretzinger’s first solo effort finishes on an up-tempo note. The empowering words that, “There is nothing that can stop us, we’re on our way,” establishes the intimate tone of the album and will actively spur listeners on in their walk with God.

Steffany Gretzinger’s vocals are exquisite, and The Undoing allows them to shine brilliantly, largely due to the authentic and evocative worship created through the album. The Undoing is out now, and trust me when I say this: you want to buy this album.