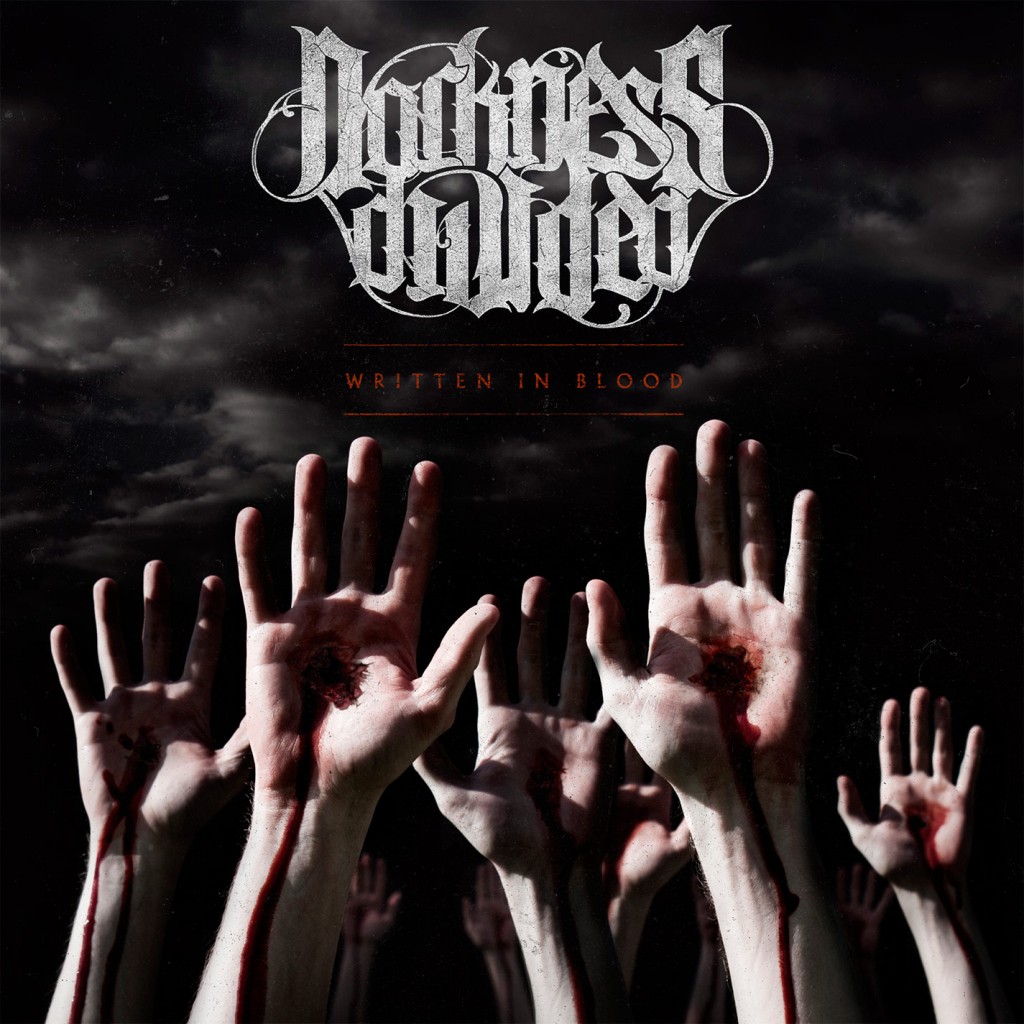 Debut Album From Darkness Divided Was Written In Blood

Founded in 2010, Darkness Divided is relatively new to the ever-expansive Christian metal scene, and yet already the San Antonio natives have made a name for themselves. The metalcore quartet released their debut EP Chronicles in 2012, two standalone singles last year, and now a full-length back in August after signing with the Chicago-based Victory Records at the beginning of this year. The full-length, titled Written In Blood, is a solid effort from the Texan metallers, especially for being their first.

“Severance” is the triumphant intro that features orchestral elements in addition to a powerful riff leading into “The Shepherd’s Hands,” the first full song on the record. “The Shepherd’s Hands” straddles the fence of soaring melodies and metallic aggression quite well, with a few purposeful breakdowns, but not too many to become overwhelming. This is quite a contrast to its successor, “A Well Run Dry,” where the melody is significantly less evident. In fact, it’s almost nonexistent until the bridge, when the singing comes in. This remains a fixture of the song until it ends, and the sonic riffing of “The Hands That Bled” fades into prominence. Released as a single from the album, “The Hands That Bled” is akin to something from Haste the Day’s final material. In addition to this familiar sound, the track also features a galloping breakdown full of muddy bass and tastefully-incorporated electronic bits. A brief interlude of sorts, “The Descent,” leads straight into the explosive “Eternal Thirst.” While “Eternal Thirst” is undoubtedly abrasive in nature, something seems to be missing.

“Withering Kingdom” continues the aural assault, perhaps even more so thanks to a substantially quicker tempo. As soon as “Withering Kingdom” comes to a halt, the powerful “Remnants” picks up right where its predecessor leaves off. The subtle orchestration from earlier returns and gives the song a fuller tone and overall vibe. “The Will of Man” is packed with a relentless intensity from the start, but it’s not until the slowed down bridge when things really begin to take shape musically. The downside of this is that the song is essentially over as soon as it peaks. “Interlude” is precisely how it appears, and is meant to serve as the transition piece between “The Will of Man” and the album closer, “Divine Mercy.” However, it feels out of place and unnecessary in the context of the record. “Divine Mercy” finishes things off strongly with a powerfully sung bridge, which slowly fades out, thus ending Written In Blood.

Darkness Divided have crafted a well-written album, from the opening notes of “Severance” to the gradual ending of “Divine Mercy.” The second interlude could be done away with, and there are only a few songs that really stand out from the others, but as a whole Written In Blood doesn’t disappoint. The San Antonio natives put their own little spin on the melodic metalcore sound that so many of the heavy music juggernauts of the mid 2000s became a household name from. The band is unabashedly Christian, and that faith shines through in their lyrics, but not to the point where it becomes redundant. All in all, Written In Blood is a solid effort that metalheads who like their melody will at the very least appreciate, if not enjoy. With a phenomenal debut full-length, this young group has the potential of being the next big thing in Christian metal.