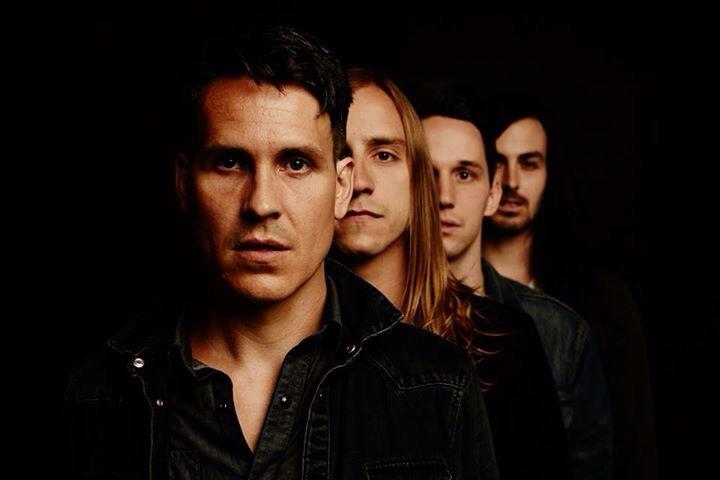 Nashville based Remedy Drive are veterans of the Christian rock scene, with the alternative outfit forming in 1998. With the release of their eighth studio album Commodity, the band held a Kickstarter exceeding their initial goal and eventually raising over $27k to create and produce the album. Inspired by lead singer David Zach’s work with the Exodus Road, this album was well worth the wait.

From the first track, it is clear that this album is intentional; intentional in lyrics, in instrumentation and the fact it is meant to move you. Opening with “Commodity,” we are met with the band’s uncanny ability to run an evocative, piano based melody parallel to the tones of a harder rock song. David Zach’s vocals are commanding and strong, matching the lyrics which speak the reality of a human’s worth. At 5 minutes, a track of this length would normally leave you disinterested; yet the beauty of the music and lyrics will keep you enthralled from the first line. With lyrics like, “I’m dreaming of the sweet sound of liberty,” the opener sets course for a powerful album.

Following with “Dear Life,” listeners will be immediately struck by the heavy rock introduction. Soon balancing this with light tones, the chorus heightens and a quick start and stop in the melody communicates humanity’s intense need to hold on to God. “Under the Starlight” will grab you with its catchy riff, and while the overlay of electric synths can compete with the vocals at times, the sheer power and vulnerability found in the track makes it a stand out. In many ways, this track is reminiscent of the Psalms, and Remedy Drive dare to delve deep into the brokenness of the human soul to share the desperate cries of a generation living in a fallen world.  Saying, “Jesus where are you? We’re far too young. Jesus, how long now? You’re kingdom come,” this track seems definitive of a band focused on helping to eradicate human trafficking.

“June” acts simultaneously as an outro to “Under The Starlight” and an intro to “Take Cover,” cutting effortlessly between the three tracks with a beautiful musical interlude. “Take Cover” adds a new dimension to the album, and a piano driven melody with strings quietens the mood ever so slightly. With the lyrics echoing the voice of God, this track is largely a response to the cries of humanity in track three.  A song of hope and promise, the band’s decision to place each track on the album to take the listener on a journey is commendable.

Following with “The Wings of Dawn,” Remedy Drive invite us into the stories of people society can stigmatize and ignore. With an intense beat and elements of hip hop shining through the verses, the chorus breaks into the sounds of a children’s choir to communicate the innocence and resilience of these people.  Another stand out track, this gives us a glimpse into the soul of humanity; the broken, the strong and the forgotten. The pivotal line, “I will wait, I will for the angels,” acts as another stepping stone in the story of the album; moving from absolute brokenness and depravity to hints of hope, and finally redemption and Christ’s return.

“The Cool of the Day” will delight you with its four part harmony, and encourages us to imagine what life was like before the evil and pain existed.  “The Sides of North” then acts as a musical interlude, transitioning from harsh sounds to a song of victory. This theme continues in “Throne,” urging us to have hope in every circumstance because Christ reigns.  “Love is Our Weapon” is a powerful battle anthem, boldly communicating a no holds barred approach to living out our faith in the world and living victoriously.

Stepping into the ethereal sounds of “King of Kings” All Sons & Daughters create an exquisite element to a track focused solely on worshiping God. Somehow communicating a little of the vastness of who God is, this song will give you chills as it calls on Christ to return. Finishing the story of Commodity with the track “When a Soul’s Set Free,” listeners are left with the epic tale of what happens in Heaven when a person becomes a Christian. In an environment where ‘saving souls’ can become so much about numbers and success, this song reminds us that the moment a person meets God is unique and sacred. It is a poignant and fitting track to end the overarching theme of the album.

Rounding it off with a radio version of “Commodity,” this album will leave you thoughtful, challenged and encouraged. Sharing the story of humanity and God’s great love with an astounding honesty, this album is breathtaking.  You can purchase your copy of Remedy Drive’s Commodity now.