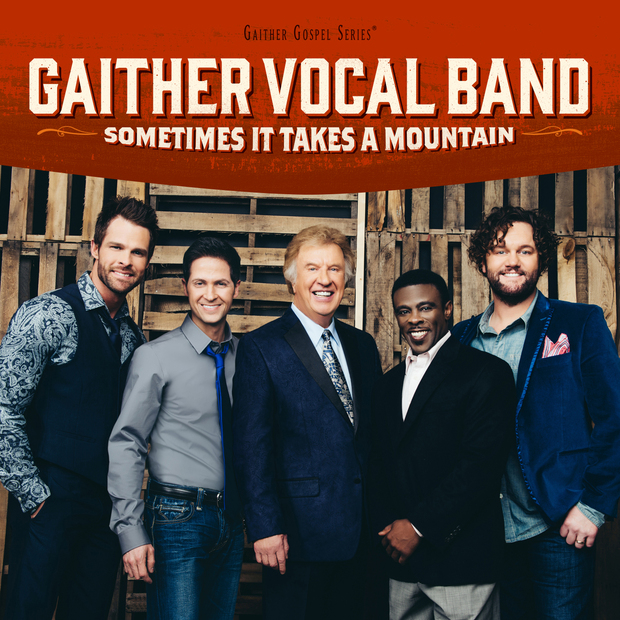 According to Gaither, Adam Crabb and Todd Suttles, the group’s newest members, are not only fitting right into this classic group but adding their own vocal styles, giving the Gaither Vocal Band a fresh sound unlike any it has previously offered.

“This recording is very special to me for a number of reasons,” describes Gaither.  “There is a mixture of vocal textures in this current group that the Vocal Band has never known before:  the classical sound David Phelps brings to the group; the rich, new bass/baritone tones in Todd Suttles’ voice; those smooth, golden tones Wes Hampton brings to the mix; and the passionate, soulful sounds of Adam Crabb…then throw me in there, whatever that is!  What can I say? I’m blessed. I feel fortunate to be on the same bus as these great singers.”

These great singers are showcased on a recording written by some of gospel music’s most respected songwriters including Bill and Gloria Gaither, Mosie Lister, Michael W. Smith, Gerald Crabb, Thomas A. Dorsey and Reba Rambo-McGuire and Dony McGuire, among others.

“There have been a lot of treatments of Mosie Lister’s great old tune ‘Happy Rhythm,’ but I am very partial to our 1950s ‘Jerry Lee Lewis-style’ treatment,” explains Gaither.

That arrangement finds these vocal powerhouses combining traditional quartet harmonies with hints of “doo-wop.” Gordon Mote, one of Music Row’s award-winning musicians, added some catchy, ivory-tickling to round out this “sing-along” number.

As Gaither Vocal Band listeners have come to expect, Sometimes It Takes a Mountain contains epic tunes including the bellowing “Resurrection,” “The Night Before Easter,” “Written in Red” and “We Are Coming Home at Last,” which contains a Civil War-styled treatment that “make it the new ‘I Surrender All,’” according to Gaither.

Crabb’s acclaimed vocals are highlighted on the recording’s first radio single, “Sometimes It Takes a Mountain.” “[This song] shakes the very foundation of all of us controlling types who think we have everything under control,” explains Gaither.  “I believe this song has an important message to which many folks out there can relate.”

The guys have some fun with songs like “Jesus Gave Me Water,” “That’s When the Angels Rejoice” and “When Fear Comes Knocking,” all of which offer that signature blend and approach that has for years given this legendary group a “sound all their own.”

That sound will be featured on a TV campaign which will air on PBS, Dish TV, DirecTV, AT&T Uverse, GaitherTV, TBN, RFD, FamilyNet, CTN, GMTN, Guardian, Liberty, TCT and TLN.  It will air in Canada on Vision TV, CTS, The Miracle Channel and Hope TV.


Sometimes It Takes a Mountain, exclusively distributed by Capitol Christian Distribution, will be available throughout general market stores and the Christian marketplace in addition to online retailers including iTunes, Amazon and www.gaither.com, where it is available now.

The Gaither Vocal Band will be on tour from now through the end of the year and will be a highlight of the Gaither Homecoming Christmas Tour.  A list of tour dates can be found at www.gaither.com.

For further information regarding the Gaither Vocal Band and/or Sometimes It Takes a Mountain, including a video preview with a sampling of music from the CD, visit www.gaither.com or connect on Facebook or on Twitter: @gaithermusic.

To hear some of the music from Sometimes It Takes a Mountain, visit:

We Are Coming Home at Last

Sometimes It Takes a Mountain

The Night Before Easter

That’s When the Angels Rejoice

Let It Start in Me

Peace in the Valley

You Brought Us Out