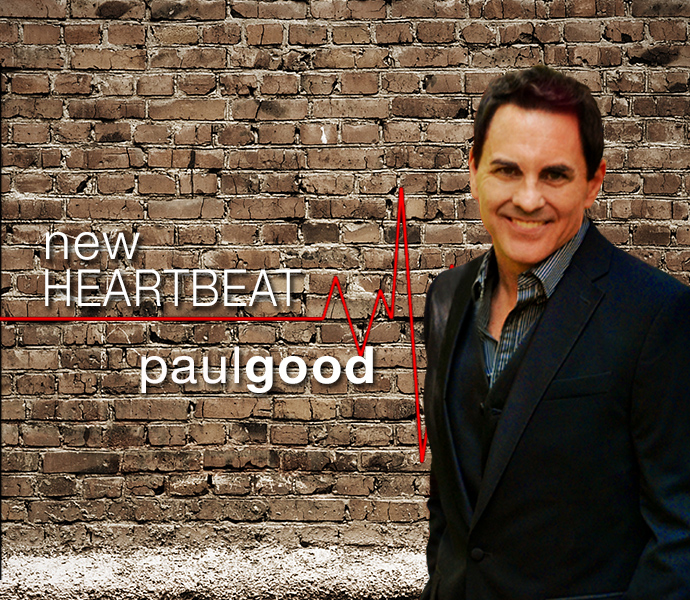 Singer/songwriter Paul Good has been hard at work in the studio with legendary producer IanEskelin (Francesca Battistelli, Sidewalk Prophets, Chris August), putting the final touches on his latest radio single, “New Heartbeat,” co-written by Good and Eskelin. The song is being serviced to AC and Soft AC/INSPO-formatted Christian radio stations by A-Sides Radio Promotion.

Lyrically, Good equates the theological concept of being “born again” with getting a new heart. “Just too many heartbreaks / No more hope was found,” Good laments. But then he exults in the realization that “Under the ashes came a thumpin’ sound / Of A New Heartbeat!”

The perky, radio-ready tune is the first single from Good’s upcoming project on the Logomotion Records label, slated for a January 2015 release. While the beat of “New Heartbeat” will make you want to crank up the volume, roll down the windows and drive, it is the song’s message that Good hopes penetrates deep into his listeners’ hearts.

“It’s about coming to the end of yourself,” Good explains. “After receiving Christ, God goes to work to dismantle our self-centered thinking and selfish motives, often by allowing our dreams and hopes to be utterly crushed. Then in the rubble of despair and ruin, the faint beating of a new heart is heard–the heart of Christ–and a new way of living is found, glorifying God by revealing His love and grace.”

Fans can expect to hear and see a lot more from Good in the coming days. In addition to the upcoming release of his single and album, Good’s new book, Where’s The Love? How To Sense God’s Love Better hits shelves in January 2015.

For more information about Good and “New Heartbeat,” visit paulgood.org.

A New Jersey native, Good grew up on Springsteen and Bon Jovi where the performance bar was quite high if you were to enter the music scene. Taking the challenge, he developed his stage presence and songwriting skills in the clubs, colleges, and coffee houses around the New York/New Jersey area. However, as a minister’s son brought up in a conservative Christian home, the support for a career in rock music was less than enthusiastic and, sensing a call to ministry, Good entered seminary. While there, Good developed a vision for passionately delivering relevant Bible teaching in a pop/rock concert setting. After graduating with an M.Div. degree in 2001, and a few years in the pastorate, he took the leap and moved to Nashville to pursue his music goals.

Recording with Christian music industry’s top producers and musicians, Good’s music has been heard across the globe on radio, along with his ministry materials, song devotionals, and blogs. He continues to ignite and inspire his audiences toward a closer walk with Jesus, wrapping evangelical teaching and worship around cutting-edge pop music.