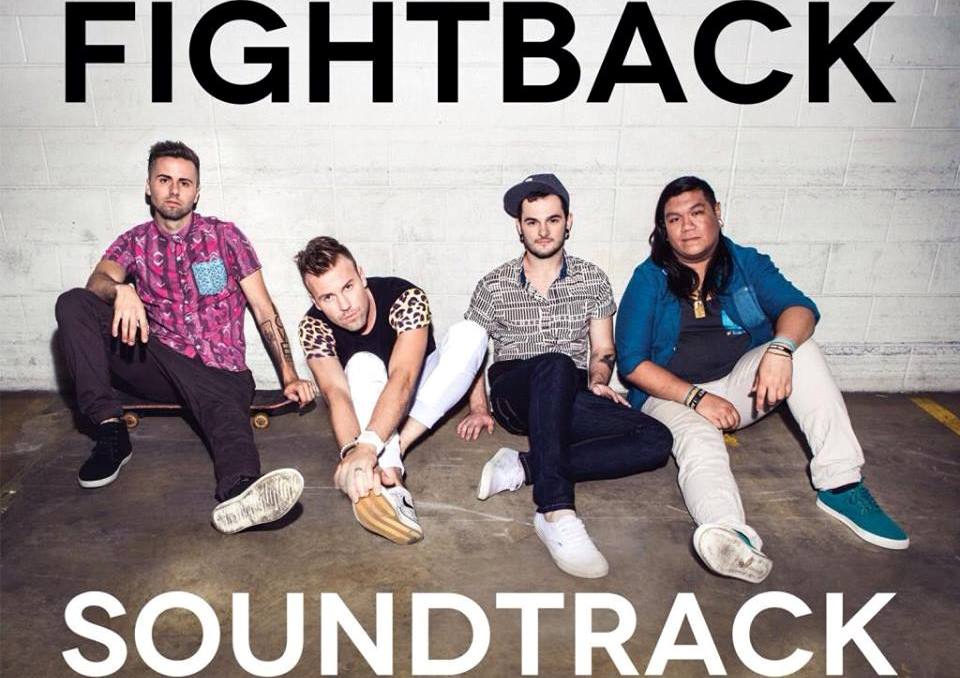 Back after blitzing the music scene with their 2011 release Hello, Wisconsin natives We Are Leo are back bigger and better with their new album Fightback Soundtrack. Featuring 14 tracks of pure pop and dance tunes, the album was funded by a Kickstarter campaign in late 2013. And true to their debut, the band will have listeners up and dancing as they communicate the love of God in a simple and relatable way.

The album’s opener, “Yours4Sure,” is insatiable pop. Filled with catchy guitar riffs and a consistent back beat, the message of the opener is clear: we dance because we belong to God. A radio friendly hit that makes you feel good inside, the simplicity of the message is mixed with evocative lyrics like, “My heart beats hope under the sapphire blue, and I have it all because I have you.” Featuring an on point guitar solo heading towards the end of the song, this will have you up and dancing. Following on with “Captivated,” this is a stand out track on the record. The use of synth and the pure tones of lead singer David Duffield’s vocals is reminiscent of Owl City’s Adam Young. A love song to the Creator, it talks about the moment Christ saved us. With some core truths about the nature of God, the implementation of a rap adds another dynamic to this track.

The album takes on a different intensity with “Phoenix.” A snare and a piano based start highlights the heart behind this track. After two strong dance tracks, this tune reveals a maturity to We Are Leo as they declare in faith, “I will rise when the world is burning down around me.” Keep your ears out for the chorus as the vocals rise and the passion behind the lyrics is driven home. Following this, the title track “Fightback Soundtrack,” which features an outstanding feature verse from Rapture Ruckus’ Brad Dring, will stay in your head for days. Heavy synths and an ability to deliver their lyrics at a rapid yet clear rate, define this track. It is bold; daring listeners to stand up and live their life to the beat of their own drum.  The following tune “Epic” is a chorus for every youth-groupie out there. Throwing around the buzzword because “We’re living for love,” this has a fun breakdown that will make way for a celebration of being a ‘Christian kid’ all over the world.

“Diamonds In The Dark” is softer than its predecessors, but synths create a similar dance/electro sound. By far, the best part of this song is the chorus. Taking it up a level from “Phoenix,” this is a victorious anthem that somehow embeds the core Biblical principle of running the race of life, while still remaining relatable to a secular audience.  “Amnesia” is melancholy and takes the tone of the album down. The decision to limit the synths on this track emphasizes the haunting nature of the topic. Honest and raw, We Are Leo talk about the moments we fall away from God with sincerity and grace. Aside from the choice to include the lyrics, “I’m serious, like a heart attack” in the rap which is quite cliche, this track adds a much needed layer to the album.

A message from God to the listener, “Fire Inside of You” is an uplifting and encouraging dance anthem. Saying, “I’m the anchor when the world crashes in,” this is a reminder of the steadfastness of God and the hope we have for the future. Following with “Yesterday’s Gone,” there is an acoustic element to this song which actually has a slight country feel. However obscure, it does work and really accentuates the depth of Duffield’s voice without the excessive synths or audio affects.

Using a samba beat, “You’re the Best Thing” is a simple song celebrating all that’s good about the Christian life. “Northern Lights” adds a more serious and introspective tone to the album, and addresses our need to trust God even in the winters of life. Rounding of the release with “Until Forever,” this is a piano based track with a heartfelt message of love and friendship. Including some of the most beautiful lyrics of the album as they sing, “I‘ll paint the sky with hope,” this is a ballad that interweaves the band’s trademark synths.

We Are Leo’s Fight Back Soundtrack is a testament to the band’s loyal fans, and they will not be disappointed. Filled with more dance synths than you could find at a Big Time Rush concert, this is an ‘epic’ release that encourages Christians everywhere to embrace their identity and calling as God’s children….by dancing. Fightback Soundtrack is released on October 14.