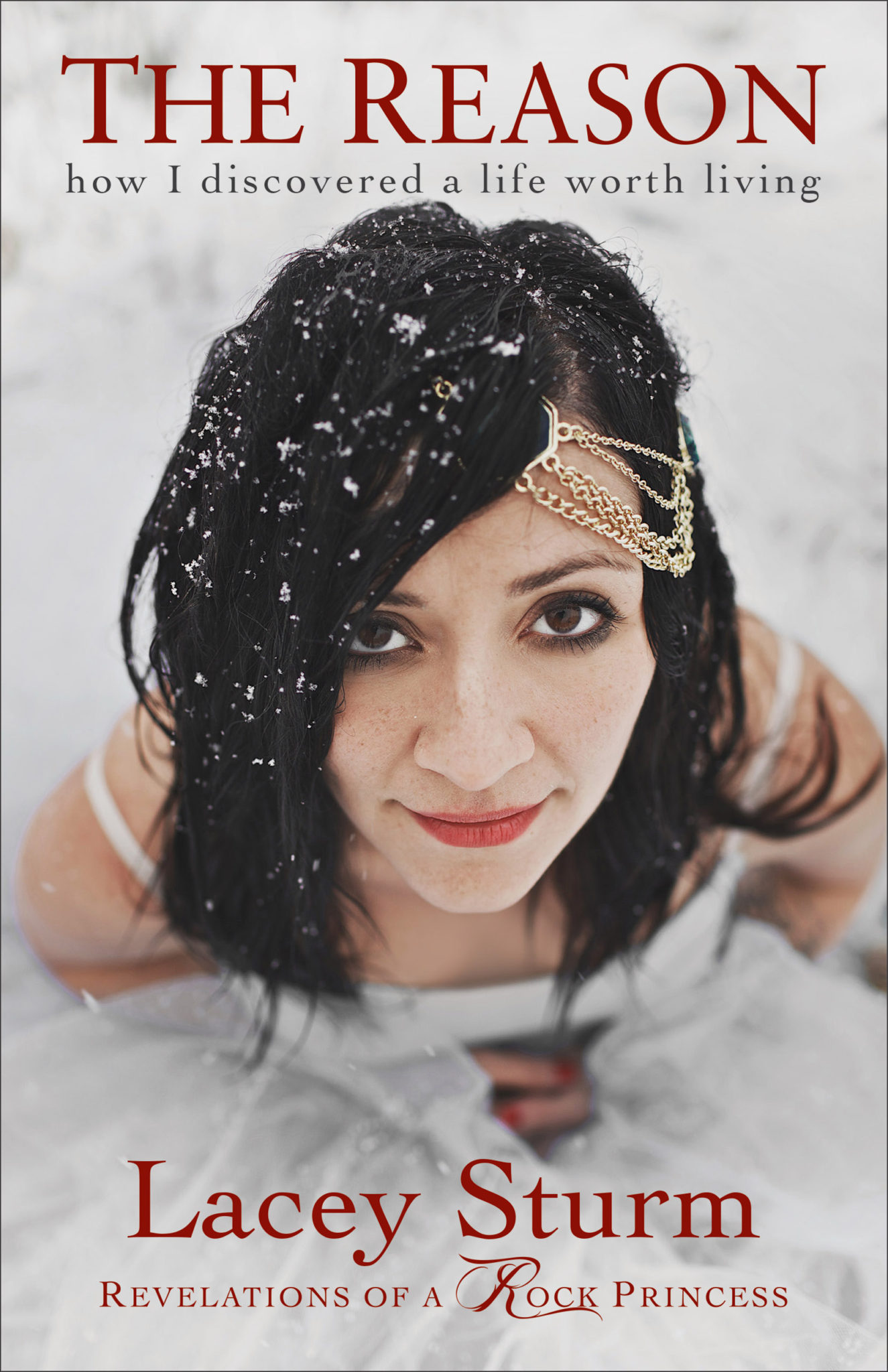 In celebration of the book release, Sturm joined Kirk Cameron last week on the largest Christian television network – TBN – and their acclaimed shows “Praise The Lord” and “Real Videos.” Later this fall, Sturm will join LIFE Today TV to continue sharing the story of “The Reason.” An excerpt of “The Reason” was also featured in this month’s CCM Magazine, and Sturm will visit with Keep The Faith Radio later this month.

The book’s foreword is written by Brian “Head” Welch, co-founder and guitarist for the GRAMMY®-winning metal band Korn. In “The Reason,” Welch mentions his own struggle with depression and says, “A book with this much substance will, without a doubt, live on to change lives for generations.”

Media outlets are offering their own praise about “The Reason – How I Discovered a Life Worth Living,” with Digital Journal calling the book “…a compelling read from start to finish. It is raw and powerful, and one of the best autobiographies about faith.” Icon vs. Icon said the book is a “must read for all of her fans, both new and old. The book offers a rare glimpse into the soul of the artist and what continues to drive her.”

“The Reason: How I Discovered a Life Worth Living” is available now.

Click below to watch “The Reason I Wrote a Book” with Lacey Sturm.

About Lacey Sturm:
In 2002, Lacey Sturm co-founded Flyleaf and led the rock band to international success as its frontwoman. The band’s single “All Around Me” went platinum, soaring to the top 40 on the Billboard Hot 100 chart and earning recognition as an award-winning song at the 2009 BMI Pop Awards. “All Around Me” was one of many successful Flyleaf songs as numerous other singles landed on Billboard’s Alternative, Rock and Christian charts. Sturm left Flyleaf in 2012 to focus on a solo career and has had success outside of the rock band, including performing on Third Day’s single, “Born Again,” which received GRAMMY® nominations for Best Gospel Song and Best Gospel Performance, and which Billboard acclaimed Sturm’s vocal performance to be “gorgeous.” She is also featured in “Take The Bullets Away,” with Atlantic Records recording artist We As Human, currently a top 20 and rising Active Rock hit, while Sturm’s song “Heavy Prey” featuring Geno Lenardo appeared on the soundtrack for the 2012 major motion picture “Underworld: Awakening.” Sturm now uses her influence to speak out to others about her life-changing faith. Part of The Whosoevers, a youth-focused movement to positively impact today’s music, skateboarding and art culture, Sturm also performs and speaks for the RESET Movement, rallying students and young adults to pray for a spiritual awakening in the United States. Additionally, Sturm partners with the Billy Graham Evangelistic Association to share her message of hope and recorded a song for the association called “Mercy Tree,” which can be heard on her website. The song and Sturm’s personal story were featured in Billy Graham’s 2013 sermon and film “My Hope America – The Cross.” She was also a special guest at Graham’s 95th birthday party celebrating the short film.