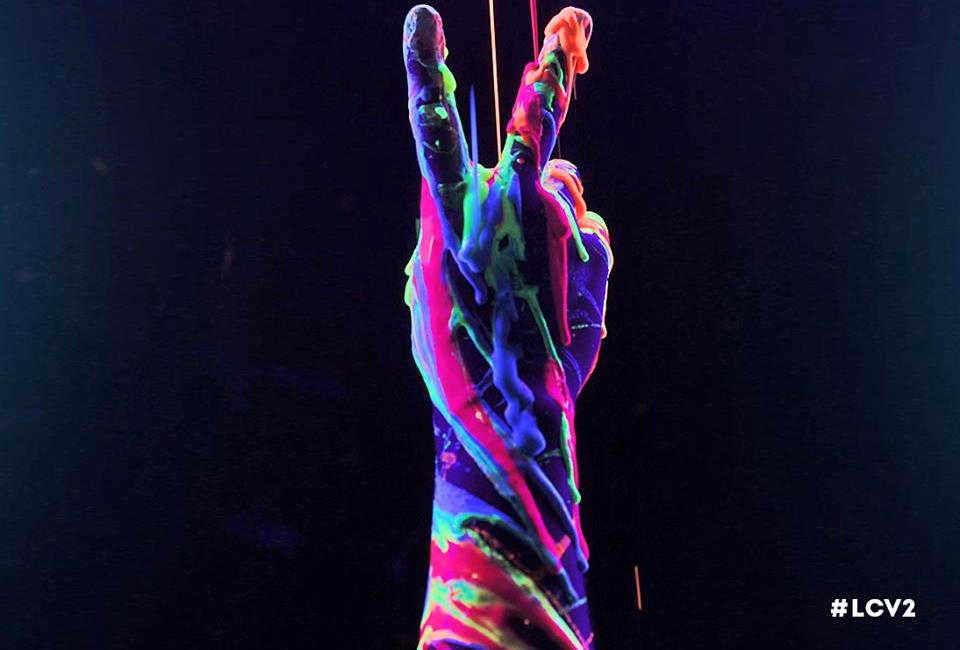 Canon Firing On All Cylinders With Loose Canon Volume 2

Atlanta resident (by way of Chicago, Illinois) Canon is back with a new EP Loose Canon Volume 2.  After seemingly hundreds of memorable features on others’ albums, the Reflection Music Group MC has released yet another quality (from top to bottom) collection of bangers. While Canon has an already impressive personal library, Loose Canon Volume 2 provides reinforcement in the way of validation of his place at the top of the heap in the world of God Centered club thumping hip hop.

Even detractors of this style of hip hop, whether they be critics of the style of hip hop Canon delivers, or the faith based motivation of his tracks, can not take away from Canon’s mastery of delivery nor the top notch polish on the production of his music. There isn’t much worse that could be accurately stated by someone who is not a fan other than to say “That’s not really my style, but dude can spit.” The subtle nuances Canon uses to pay homage to his peers and clever references found throughout his tracks are rivaled only by his “I dare you to keep up” double time delivery.

For those that wholeheartedly enjoy the take it to the club style of hip hop will have just stumbled across one of those albums that if not careful, you will realize that 4 hours have come and gone and you’ve just listened to Loose Canon 2 six times straight.

“Go Off” is an appropriately titled first track, because Canon does just that. With melodic assistance from Lucious, “Go Off” will leave you exhausted (but in a good way), and Canon is the one spitting the bars. After the first track, the shyest of shy listeners will be begging God to expose them to ministry opportunities with all the energy injected into their bloodstream.

Taking the foot off the gas ever so slightly is “Motivation.” Canon and Social Club take turns doing what they do best, opening the dictionary, and doing crazy things with the English language. With Social Club’s wit and Canon’s speed, most sane people would never think these things possible. The siren and 808 in the background play a perfect complement to the energy of the lyricists. Realizing that one track couldn’t possibly be enough to properly represent the ticking time bomb that is the combined energy of Canon and Social Club, Loose Canon Volume 2 also features an extended version at the end of the album. The extra two minutes found in the extended version still isn’t quite enough to prevent the “bottom of the ice cream bowl woes.”

Canon flies solo on “Trippen” and continues the theme of high energy paired with fun and clever lyrics. Perhaps honoring the fact that no one can bounce off the walls for too long non-stop, the tempo is ratcheted back in comparison to the first two tracks on Loose Canon Volume 2, but “Trippen” will by no means qualify for this year’s installment of Pure Moods. There is even an accompanying video for “Trippen” already available which can be seen below.

“Point of View,” featuring Tragic Hero and Adia sticks with the less frenetic pace of “Trippen” while introducing some very introspective takes on the trials and tribulations of life, people passing judgment from the peanut gallery and God’s master plan.

Canon welcomes label mate B. Cooper along with the soulful musings of Mau Nu’u on “Common Sense.” Thematically, the emcees take turns pontificating on the struggles of the road of life, notably when worrying about naysayers instead of trusting God’s plan.

Of course a Reflection album isn’t complete without a feature from Derek Minor. “Put Me On,” which also features Reconcile, is a return to the “take over the club and bust at the seams with the joy of having God at the wheel” energy found at the beginning of Loose Canon Volume 2. As is typical when Canon and Minor get together, “Put Me On” is one of those “wait, what did they just say?” tracks that you will find yourself playing back over and over.

Canon, Tony Tillman and J.C. dare the non believers of the world to “ignore us if you want to… in “Dreams” as the dead end path of life without God at the center is addressed in a rather entertaining and catchy manner (as could be expected).

“Reach Into The Night” with Canon, T.J. Pompeo and Shonlock is the final piece of the puzzle save for the previously mentioned extended version of “Motivation.” “Reach Into the Night” is a (naturally) high paced energetic reality of true joy found only in God vs. the fake happiness sold through media/celebrity misrepresentation of what joy really is.

As stated at the beginning, not all hip hop fans care for this style of hip hop. At the very least, however, if you are a true fan of the art, you will at the very least walk away having a great deal of respect for the talent on display. Loose Canon Volume 2 is God centered high octane hip hop at it’s finest. For those not familiar with Canon, you are welcome, now go get the rest of his catalog. Loose Canon Volume 2 releases tomorrow, October 7th.