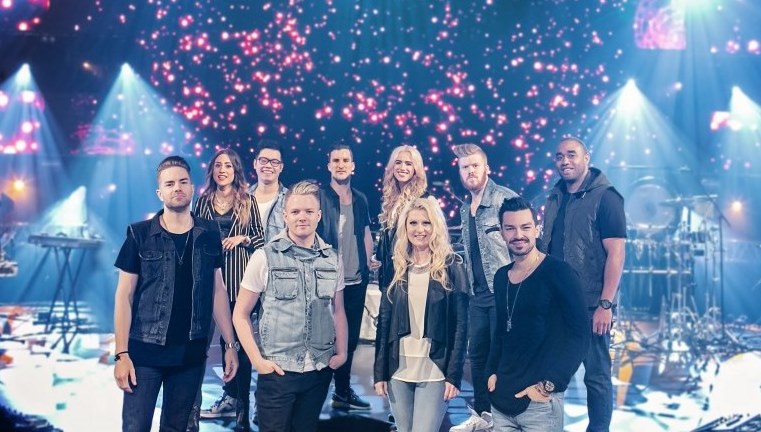 Planetshakers Band Releases “This Is Our Time” Internationally Oct. 21 Through Integrity Music

Capturing the energy, excitement and worldwide movement of Melbourne’s Planetshakers Church, one of the fastest growing churches in Australia, Planetshakers Band is set to release THIS IS OUR TIME globally through Integrity Music October 21, 2014. Recorded at this year’s annual Planetshakers Awakening event in Melbourne, the CD/DVD is an anthemic, joy-infused project aimed at empowering the faithful, urging them to seize the day.

With stadium-sized, pulsing drums, a myriad of EDM-inspired keys, a colorful blend of electric guitars and a choir of gang-like vocals throughout enhanced by the participatory energy of literally thousands of worshippers in attendance, THIS IS OUR TIME celebrates Planetshakers’ mandate to “empower generations to win generations.”

Joining Planetshakers in that mandate, five-time GRAMMY Award winner Israel Houghton co-writes for the first time with Planetshakers Band’s worship leader, guitarist and producer, Joth Hunt, worship leader and co-senior pastor, Sam Evans, and other band members. The collaboration led to three stand-out-tracks on THIS IS OUR TIME, including the Jesus-centered worship anthems “Covered” and “Stronger Than A Thousand Seas,” as well as “Water Is Rising,” an impassioned declaration of God’s active presence in today’s world and an invitation to press into His movement.

“We are called to be the person God has created us to be,” says Hunt, explaining the premise behind THIS IS OUR TIME. “To the father or mother, entrepreneur or artist or with whatever unique gifts we’ve collectively been given, we are to share that with the world. This is our time to show the love of Christ to others, to be the servant. This goes deeper than having a good time, it goes beyond having an emotional response. We’re seeing people connect with these songs, being encouraged and challenged by the messages.”

“It’s a very unique time for us in Planetshakers,” adds Evans. “We are seeing this message of hope and action in the new album resonating with people, and seeing firsthand the fruit of that in people’s lives.  It’s something that everyone can be a part of, whether here in Australia, in Europe, Asia, the Philippines or the US… all around the world, we’re seeing people step up and worship God in spirit and truth like we’ve never seen before.”

Recently leading over 200,000 at a single event in Asia, Planetshakers is currently on a nine country tour of Europe and Asia, before returning to the US Nov. 7 for the NC Youth Conference in Raleigh, NC and Nov. 14-15 for the Fusion Conference in Orlando, FL. Tens of thousands are already responding to the passionate energy and message of Planetshakers’ new music. People around the world can catch a glimpse of the excitement through the band’s Facebook page at www.facebook.com/planetshakers, where Planetshakers has over 665,000 likes.

In addition to the new album, Planetshakers Band has also released its first full-length album in Spanish, Nada Es Imposible (Nothing Is Impossible), and released two 2014 Dove Award nominated projects: Children’s Music Album of the Year nominee Nothing Is Impossible, and the Long Form Video of the Year nominee, Endless Praise, which is available as a CD/DVD. When the Endless Praise album released in March of this year, it became the most downloaded iTunes albums across all genres of music in Malaysia and Singapore, while hitting No. 2 on Australia’s overall chart and No. 1 on the Inspirational chart and top 10 on charts in other countries around the world, including the US.