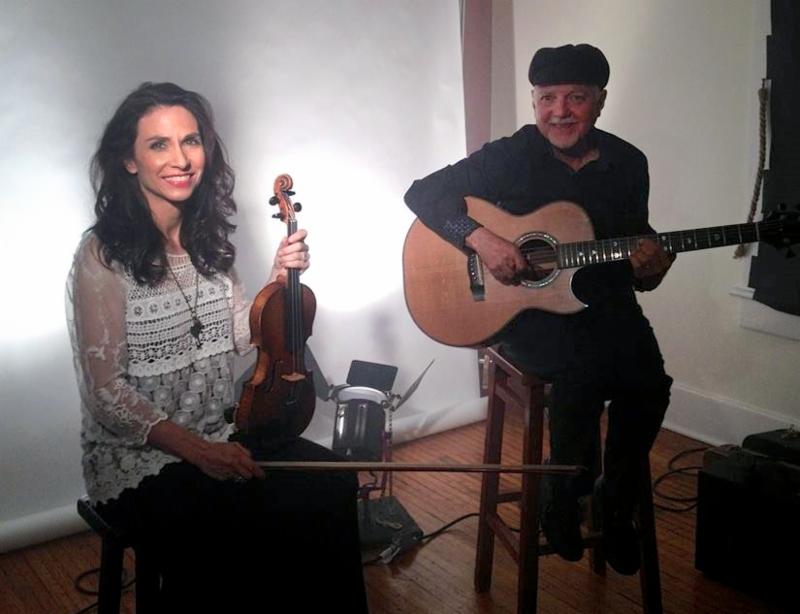 Gospel Music Hall of Famer and guitar virtuoso Phil Keaggy has joined Shadowlands recording artist Jean Watson on the Celtic-infused holiday project, Christmas…Not The Way It Seems. Watson enlisted Keaggy’s talents on the lead single, “Do You Hear What I Hear?” Keaggy also joined the classically trained singer/songwriter and violinist on the video for the single, which was directed by award-winning director and producer Ben Pearson (Blue Like Jazz).

Christmas…Not The Way It Seems will be released October 14 through Shadowlands and Elevate Entertainment. Watson, the first artist signed to the indie Shadowlands label, brought in Grammy Award-nominated producer Billy Smiley to produce the 11-song collection of angelic Christmas favorites.

Destined to become a Yuletide classic, Christmas…Not the Way It Seems blends time-honored, beloved carols like “Do You Hear What I Hear,” “Angels We Have Heard On High” and “The First Noel,” with melodic renditions of less familiar holiday songs like “Pat A Pan,” “Coventry Carol” and “Lo How A Rose” and Watson’s self-penned Christmas hymn, “Not The Way It Seems.” 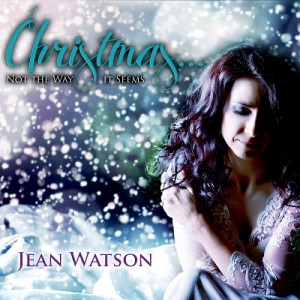 “Jean is a gifted soul and person. Very seldom do I find someone with incredible gifts in songwriting, singing, and violin all in one person,” says Smiley, who, in addition to his Grammy nominations, has produced more than 100 albums and 30 No. 1 songs, and is a founding member of legendary Christian rock band White Heart. “It has been a pleasure to see her wings unfold throughout the recording process. It will be so exciting for the world to see and hear this beautiful talent!”

Musically, the album employs rich, emotive orchestration which, when combined with Watson’s ethereal yet resilient vocals, is reminiscent of such world music artists as Enya, Maire Brennan, Clannad and Kristen Getty.

The project opens with Keaggy’s unmistakable acoustic guitar stylings undergirding, supporting and uplifting Watson’s delicate, lilting vocals on a wistful rendition of “Do You Hear What I Hear?” to create an ethereal atmosphere for listeners to relish. Watson closes the CD with a full band version of the same song, giving listeners the opportunity to experience the expansive range of her musical expressions. In between, Watson takes fans on a sonic journey of wonder as each song delicately and reverently celebrates the mystery of the Incarnation.

Pensive, orchestral woodwinds and strings embellish Watson’s bell-like vocals on her achingly melancholic rendition of “O Come O Come Emmanuel.” She employs joyous Celtic-rock rhythms on her updated version of the 18th century Burgundian carol, “Pat A Pan,” then mixes contemporary instrumental stylings with classic vocals on her up-tempo version of the beloved Christmas hymn, “Angels We Have Heard On High.” Watson seamlessly shifts to the meandering, peace-evoking “Coventry Carol.”
Fans of traditional Christmas songs will thrill at Watson’s compelling and reverent version of “O Holy Night.” Moody, swaying acoustic guitars, understated violin and yearning minor key Celtic whistles beckon listeners to stop and ponder on the 19th century English carol “God Rest Ye Merry Gentlemen,” and joy simply bursts forth like the sun over an Irish countryside as Watson recounts the wonder of that first Christmas morn on “The First Noel.”

Perhaps less well known than other holiday carols, “Lo How A Rose” may be the oldest song on the project, having been first published in Germany in 1599 A.D. Watson’s lilting version of the classic carol segues effortlessly into the newest song on the album, Watson’s own “Not The Way It Seems,” a contemporary Christmas carol that is destined to take its place among seasonal favorites.

For more information about Watson or Christmas…Not The Way It Seems, visit jeanwatson.com.