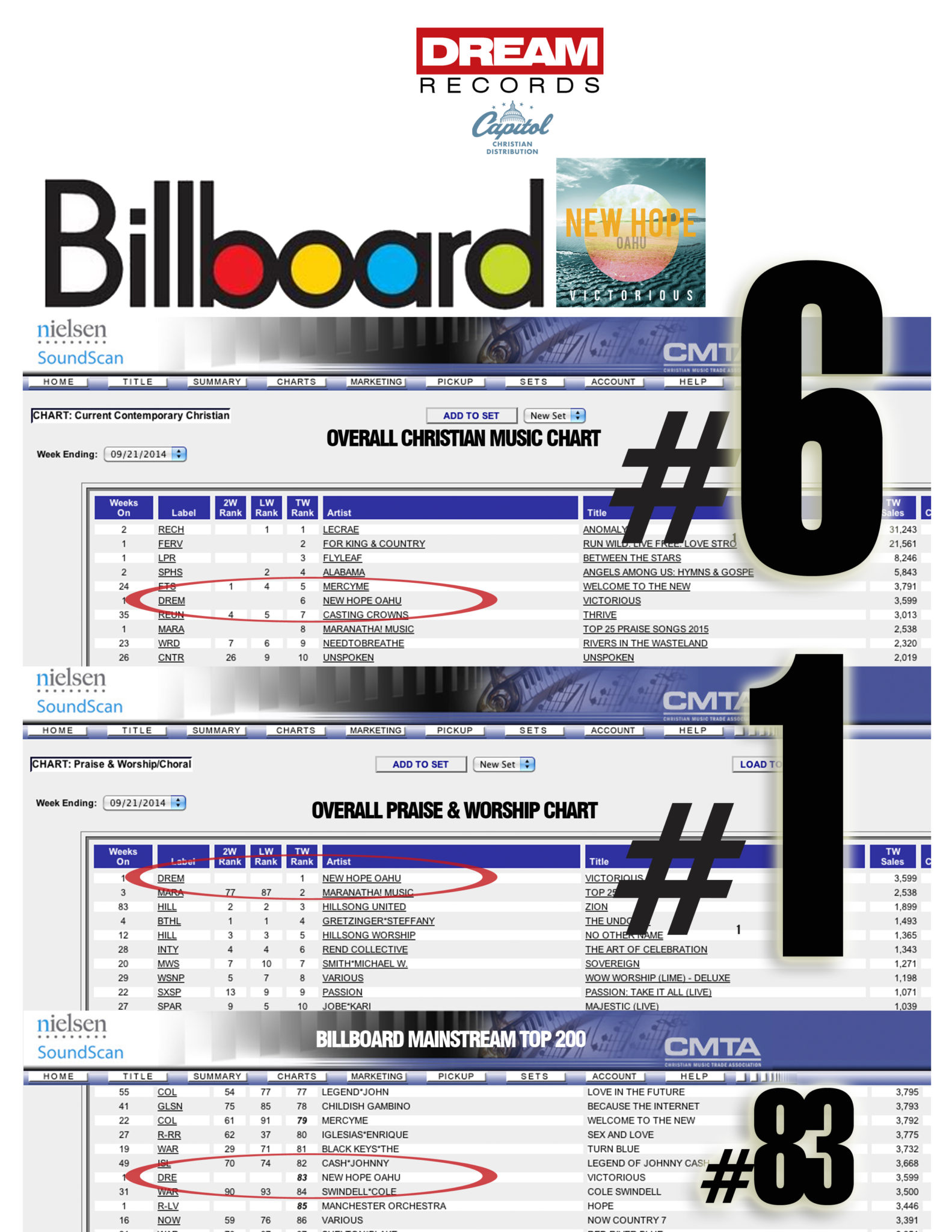 DREAM Label Group along with New Hope Oahu are excited to announce that the highly anticipated sophomore release of New Hope Oahu’s Victorious has charted #1 on the Worship Charts, #6 on the Christian Charts and #83 on the Mainstream Charts this week! Victorious is once again produced by DREAM Label Group Founder, David Hanley and recorded in Honolulu at New Hope Oahu in the state of the art recording studio. Victorious captures the spirit of Hawaii coupled with excellence, excitement and relevant Christ centered victorious lyrics!

Two singles off the new album are already making waves around the world: