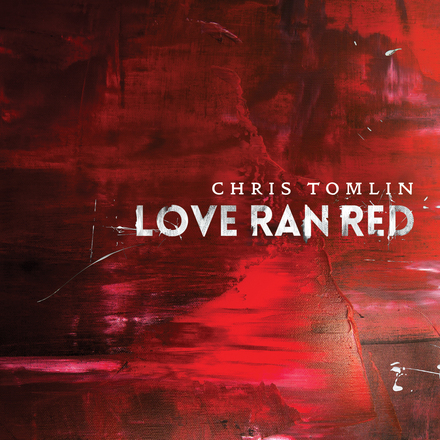 Kicking off 2013 with a No. 1 album made history for GRAMMY® winner Chris Tomlin as only the fourth Christian album to ever do so. Following the project’s success, sold-out tour dates, Billboard Music Awards, being named a BMI Songwriter of the Year and receiving the K-LOVE Fan Award for Male Vocalist of the Year, Tomlin will unveil his tenth studio recording, Love Ran Red on October 27.

Accumulating more than 13 million album and digital sales and having his songs sung by over 40 million people in churches each week has propelled Tomlin into a category all his own but also one that continues to humble him and increase his desire to make music for the church. The first single from Love Ran Red, “Waterfall,” does just that and has already seen top ten radio success. The follow-up single is impacting radio this week, and while its title, “Jesus Loves Me,” may make you think of another well-known song, it’s a brand new, original track.

Tomlin premiered the album to a VIP crowd in Nashville this past Friday with live performances of several songs. sixstepsrecords’ Chief Strategist Shelley Giglio and Capitol Christian Music Group President Peter York surprised Tomlin with plaques certifying the RIAA Platinum certification of his songs “How Great Is Our God” and “Our God,” as well as the RIAA Gold Certification of “Indescribable,” “Amazing Grace (My Chains are Gone),” “I Will Follow,” “I Will Rise,” and “Whom Shall I Fear (God of Angel Armies).”

Tomlin will support Love Ran Red with a promotional tour this fall, all leading up to January’s Passion 2015 Conferences in Atlanta (Jan 2-4; 16-18) and Houston (Jan 30-Feb 1). Spring tour dates will also be announced soon.