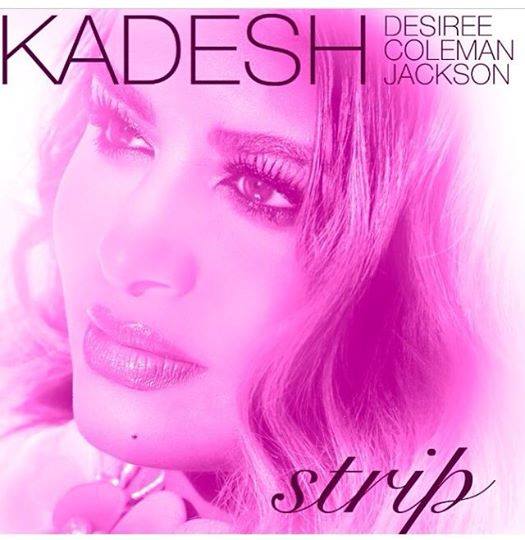 She’s been called by a new name and that new name has been defined as being a consecrated thing; something set apart for God.
Kadesh, or (Pastor) Desiree Coleman Jackson as you might know her, has said that “my battle has sanctified me and set me apart for this new season.”


Everything her name stands for and all that Kadesh is has been embedded within the recently released single “Strip.”
This ballad-esque song lets you know that there’s no need to let your situation get you down. The devil is a liar and the victory is yours. You might have been confused but “God would make good what’s for bad.” Come to Him and know that in the midst of it all, He is still God.
“Strip and confess ‘things do get bad’, take off my pride and put it in His hands. Strip, show my heart – all of my scars, so someone else will know that He’s still God.”
Pastor Desiree is preaching a message of encouragement and motivation and whatever your situation, you can have victory. Remember, “God would make good what’s for bad” – He will make good – because we know that in all things God works for the good of those who love Him (Romans 8:28).

From the very beginning you are led by a captivating voice that has you waiting with anticipation for the next word to be sung.
There is no façade. There are no layers. “Strip” is about coming before God as you are and letting Him do the work. So whether you’re listening to this song for the first time or the tenth, get ready to strip as you come before God.

“Strip” is taken from the forthcoming album Love which will be released on January 19th 2015.