“We are incredibly excited to be working with Colton,” remarked Kelm. “He has great talent, passion, drive and integrity. We are looking forward to getting this new music from Anchor out there in every facet possible and building a partnership that propels his already burgeoning career.”

Just a couple of weeks ago, Dixon released his highly anticipated sophomore album, Anchor, which quickly climbed the iTunes overall albums chart to No. 4 and remained in the Top 10 throughout the week, while holding strong to No.1 on the Christian & Gospel albums chart. 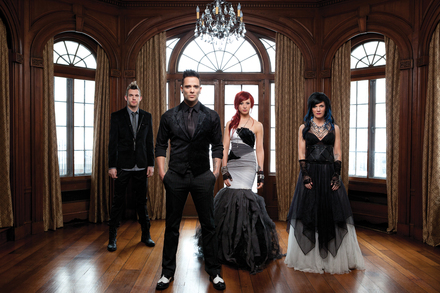 Over the course of the past few years, Atlantic Record’s GRAMMY®-nominated and platinum-selling rock band Skillet has sold more than two million units in the U.S., racked up more than 160 million YouTube views and amassed a diehard following (dubbed Panheads) whose members number more than five million on Facebook alone. Their 2013 release Rise debuted at No. 4 on the Billboard 200 and No. 1 on the Billboard Rock and Christian charts, which led to No. 1 radio hits for “American Noise,” “Not Gonna Die” and “Sick Of It.” Rise also gave Skillet their late night television debut on Conan. Rise follows the band’s 2009 blockbuster, Awake, which was certified platinum for sales in excess of one million copies in the U.S. and debuted at No. 2 on the Billboard 200. In addition, the record hit No. 1 on the iTunes Top Albums Chart, garnered three Billboard Music Awards and spawned four hit singles including the No. 1 Active Rock smash and gold-certified “Awake & Alive,” the gold-certified “Hero,” “It’s Not Me It’s You” and the platinum-certified “Monster.” “Monster” lived up to its name, selling more than a million copies and hitting Top 5 at Active Rock radio (the first in a string of multiple Top 5 active rock hits,) while its companion video has generated more than 69 million YouTube views. Skillet was the only active rock band to achieve RIAA Platinum Certification in 2012 and was one of only three rock bands (the other two being Mumford & Sons and The Black Keys) to strike platinum in 2012.

Skillet recently announced their fall European tour, the band’s third visit to Europe in a year. After joining multi-platinum artists Godsmack and Seether along with Buckcherry and Pop Evil for the fifth Rockstar Energy UPROAR Festival in the U.S., Skillet will head to Europe for 20+ tour dates including London, Zurich, Stockholm, Warsaw, as well as multiple dates in Russia, where the band’s popularly is growing exponentially. See full routing information below.

The fall jaunt follows a summer European run, which saw Skillet rocking multiple festivals throughout the continent, performing for thousands of fans. The summer and fall tours have seen the band gain a solid European following, all subsequent to last fall’s tour supporting Nickelback. 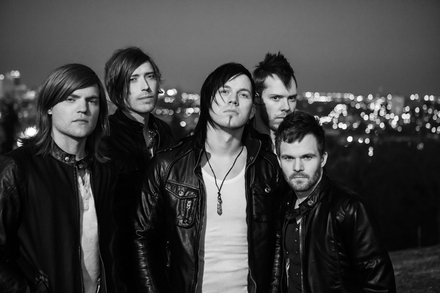 Critics and fans alike were blown away by Atlantic Records/Hear It Loud/Word Records We As Human’s explosive entry into rock music last year with the release of their debut, eponymously titled album We As Human. Earlier this summer, the band celebrated their first No. 1 single with their hit “Take The Bullets Away (feat. Lacey Sturm)” hitting the top spot at Christian Rock radio. The song is currently racing up the mainstream charts, sitting at No. 11 and about to break the Top 10 on the Mainstream Active Rock Chart.

The band has toured relentlessly since the release of their debut album, hitting the road alongside the likes of Shinedown, Black Stone Cherry, TobyMac, Lecrae, Skillet, Filter, RED and Family Force 5. We As Human continue to establish themselves as one of the dominant new forces in the rock music scene with their dual nominations for the 45th Annual GMA Dove Awards. For more information on upcoming tour plans, visit www.weashuman.com.