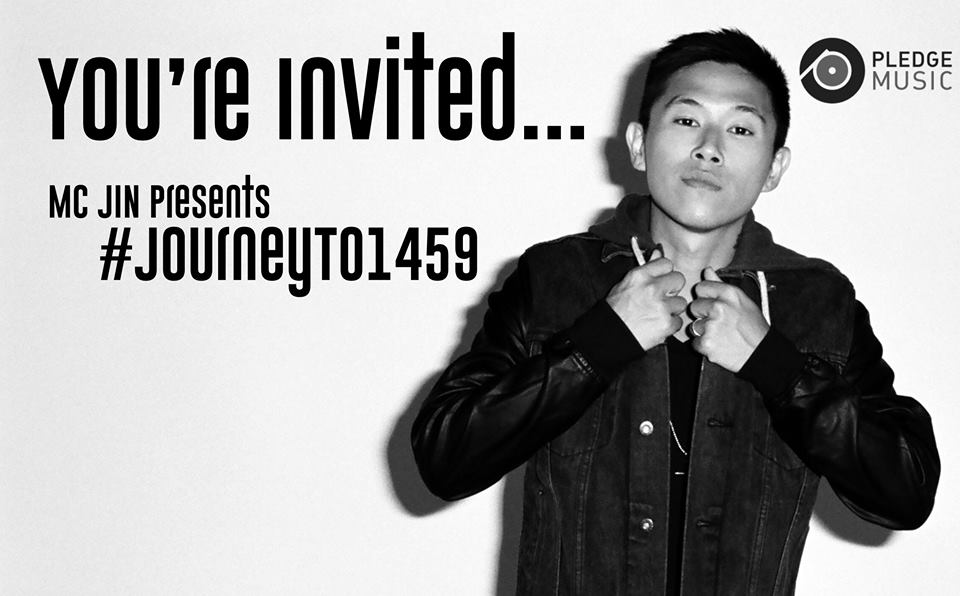 MC Jin has been on a warpath since adjusting the content in his music to reflect the acceptance of Christ in his life.

Deciding to go the pledge route for his new project, 14:59, MC Jin has given his fans the opportunity to help fund his next album. For those uninitiated, pledgemusic.com is a crowd funding service a la indiegogo or kickstarter. The unique spin on pledgemusic.com however, as one might surmise by the title, is that it is aimed specifically at the medium of music.

14:59 is set to be released on October 19, 2014. With already receiving 115% of his initial goal and 473 individual pledges, MC Jin is certainly not hurting for assistance. With that being said, pledging towards the album will still allow you priority access to 14:59 ahead of its scheduled release. Pledges of any amount will also give you video updates, sneak peaks to tracks on the album as well as various other pledger-only benefits.

Straight out of the gate, any $15 and up pledge gives you immediate digital download access to his EP YMNKM. The aforementioned is a bit of a departure from the norm for MC Jin, albeit an interesting fusion of hip hop and electronic music.

Beyond the $15 threshold is where Jin’s personality , and the fun show through. Among the “rewards” for pledging various amounts are: the opportunity to eat Dim Sum, learn Chinese or English, appear in a music video, play basketball, and even have a bedtime story read to you by the artist himself. Heck, you can even pledge an amount to “earn” the opportunity to have MC Jin apologize to someone on your behalf!

Even the more traditional pledge perks such as the snapback (hat for you less familiar with the lingo associated with the hip hop culture), t-shirt, 1 on 1 Skype session, posters, etc/ come with descriptions displaying MC Jin’s sense of humor. The emcee offers up the snapback for bad hair days, the t-shirt because contrary to what everyone else thinks Jin thinks “you have style,” and the Skype session being “Like a miniature me (Jin) inside your computer.”

Another thing MC Jin is doing with the pledges beyond his initial goal is donating a portion of what is raised to help fund another great project, Unearthed Pictures. Unearthed Pictures is an organization/project centered on the goal of changing the hearts of men in regards to sexual exploitation. Sadly, it is widely held that if Christians themselves discontinued supporting pornography and other means of sexual exploitation, the respective industries would crumble. Kudos to MC Jin for putting his weight behind the project.

This album, if it even halfway matches the quality and God praising hip hop found on 2012’s Brand New Me and 2013’s Hypocrite, will make 14:59 a must own. That he is also helping a cause as impactful (and sadly necessary) as Unearthed Pictures makes supporting MC Jin with 14:59 on pledgemusic.com a win win.