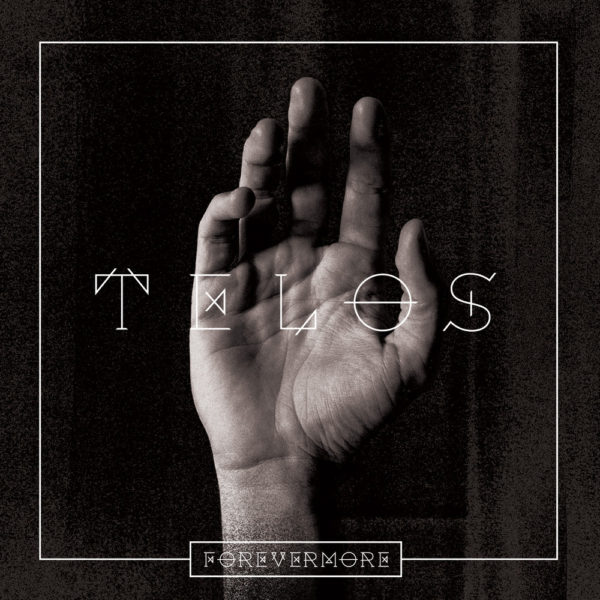 Indiana-based metalcore group Forevermore has been a band for quite some time now, but they’re finally starting to break through past their local and regional popularity. This is partly thanks to their sophomore full-length, Sojourner, which released at the end of 2012, and is what caught the attention of major Christian metal label Solid State Records. Before long, Solid State was welcoming the band into the fold. Now, with a new vocalist but familiar face at the helm, and the follow-up to Sojourner out in the open, Forevermore is ready to continue expanding with Telos.

“Force Fed” is unrelenting straight out the gate, taking advantage of the two guitarists right away. This track is about as brutal as it gets, but somehow doesn’t take away one bit from the songwriting. “The Great Divide” continues the brutality with a killer drum pattern, and once again showcases the dueling guitars of Alex Smith and Jared Storm. It’s the gang vocals in the bridge that really add to this song though, and that brief period of singing is exactly what the track needs for an extra boost. “Wormtongue” follows with more technicalities in the instrumentation, and although it may not be the strongest on the album, it still delivers. The breakdown towards the end of “Wormtongue” is a nice touch as well. What follows is one of the better tracks on the record, “Transcendence.” On “Transcendence,” the guitars are once again as prominent as ever, and the sung chorus towards the end helps add to the overall effect. “Lackluster” changes the mood a bit while still keeping things brutal. Here it’s apparent, even more so than the previous tracks, that former Onward to Olympas vocalist Kramer Lowe was the right choice for the band’s new frontman. In “State of Gold” the guitars are arguably the best they’ve ever been at the beginning of the song, before the band kicks back into their signature sound about a minute in. The killer pattern does return, but it isn’t until the end of the song. There’s nothing super special about “Bitter Years,” but it’s still a solid track nonetheless. “Paper World” continues this trend for the most part, but does shine through thanks to the tempo change during the bridge. “The Wager” is a bit different from the band’s typical “sound”, if you will, but they still find a way to make it work, resulting in one of the stronger tracks on the record. “Harbor Lights” is one last unrelenting song that fades out slowly at the end, closing out Telos nicely.

The latest offering from Forevermore, and the band’s major label debut, is a well-written release that strikes a fine balance between intricacy and insanity. Telos is technical enough to impress fans of progressive music, while accessible enough to catch the attention of any “core” fans. At the same time, Telos is extremely cohesive and flows quite well. For the most part the flow is a good thing; however there are times when the continuity grows tiresome, and everything seems to be a little monotonous. This is the only true downside of Telos, but even this doesn’t stop it from being a solid record that all metalheads should at least give a listen.