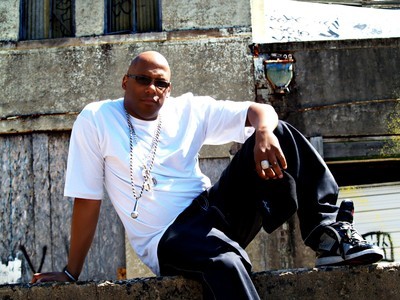 I Submit To You: DPB Reaching Lost Souls With Party In The Park Ministry

DPB, born David Paul Brooks, has been honing his craft for years. He has opened for legendary acts such as LL Cool J and Salt n Pepa in the secular world. On the Christian Hip Hop side of the industry, he has headlined festivals and been part of national tours. Formerly part of Grammy and Dove Awards nominated D.O.C. (Disciples of Christ), DPB felt a calling from God to approach his ministry in another way. Since becoming a solo act (accompanied by his two sons), he has begun intentionally reaching out to those that others don’t want to reach out to, unfortunately according to DPB, churches included.

Traveling to cities including Chicago, Baltimore and New York City as well as states including New Mexico, Pennsylvania, Tennessee and Vermont, DPB said God told him that he needed to reach out to his own area as well. Living just outside Birmingham, AL, he is also in close proximity to Bessemer, AL. Both cities find themselves annually ranked in the top 5-10 most dangerous cities in the United States.

As part of his obedience to what God commanded him to do, DPB analyzed what was making his various national stops successful and created what he is billing Party In The Park. The initial Party In The Park consisted of a 3 on 3 basketball tournament, food and refreshments and a double bill rap concert. The event was conceived and held in the span of 3 weeks.

In that short amount of time, God’s hand was clearly on the event. In discussing the lead up to the event, DPB recounted reviewing the condition of the basketball court to be used for the tournament.  Realizing that the condition of the court was not in support of his credo of pursuing excellence in all he does, not to mention the court being borderline unsafe, he began seeking quotes from paving companies to make the necessary repairs.  The cheapest quote he was able to acquire was $6,000 to make the court useable.  In speaking with the owner of the paving company, DPB explained what he was seeking to do with the court.  After sharing his principles behind the creation of Party In The Park, DPB stated that the owner told him “I am going to ask you a bible question. If you can answer the question, I will see what we can do about the paving.”  DPB correctly answered the question asked of him, and by the grace of God, the owner agreed to pave the basketball court for free. Even more incredible, while the originally quoted $6,000 job was undertaken, a sink hole was discovered that literally doubled the amount of pavement needed.  This essentially turned what was originally a $6,000 roadblock into a $12,000 gift.

As icing on the cake, the trophies given to the winning teams in each division (3 foot trophies mind you), and all of the food and beverages were also donated to Party In The Park by area banks, businesses and restaurants.  On top of that, so many businesses donated gift cards, posters, free meal certificates, and various other giveaways, it literally took 30 minutes for DPB and his team to give everything out to the crowd at the end of the show.

The tournament itself was a heavily participated rousing success.  In each of the age divisions, referees were intentional about ministering to the participants as well as restricting and penalizing disrespect and cursing during the games.  Before each of the age group specific tournaments took place, DPB gathered the teams in a mass huddle on the court, explained his purpose for being here, and prayed over everyone in attendance.  It was awe inspiring to see the hands that went up when DPB asked who wanted to let God into their lives.

Immediately following the tournament, the concert began.  After an energetic opening set by local hip hop group Doxstep, DPB took the stage.  In discussing his approach to performing, DPB stated “people today want to be part of what you are doing.”  He went on to question what would happen with some of the more well known performers today if they got on the stage and performed a bunch of songs that no one was familiar with.  DPB also mused “people today don’t want to see people just standing up there speaking into a mic.”  DPB’s set reflected his stated thoughts. His concert was interactive throughout. There was not a single song performed that left rear ends in seats or hands in pockets.

DPB counted over 100 people that asked God to enter their lives during the course of the basketball tournament and throughout the other portions of the event.  With the initial event over, a blueprint has been created to keep reaching the lost.  DPB’s goal is to get heavier participation from area churches to assist in the discipleship aspect of the journey for those seeking to bring God into their lives as a result of their participation in the Party In The Park.  While members of the local police department and multiple city officials, including the city’s mayor were also represented at the event, DPB stated a desire to see them involved in the next basketball tournament as well.  Speaking specifically about Law Enforcement involvement, he stated that most of the people at his events don’t view Police Officers as people like them.  DPB has been intentional in his traveling ministry to adjust that perception.

Just as with his national ministry and local Party In The Park, DPB is seeking to reach lost souls with his music.  He has just released two singles “Out of Control” and “Sold Out” on iTunes and is set to release a video for “Sold Out” that has already been generating a great deal of buzz in the industry.  Those aforementioned singles and video are all in support of his soon to drop CD entitled 3DPB.

If you are lucky enough to witness Party In The Park for yourself, be prepared to eat, play some great basketball and feel the presence of God in a mighty way.