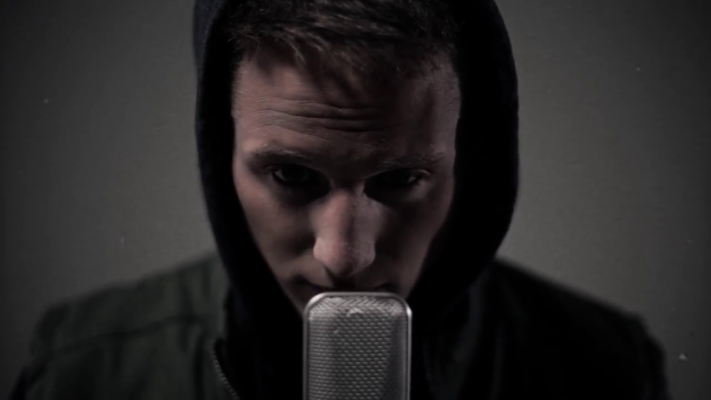 NF Arrives with Deeply Personal And Emotional Self Titled EP

Michigan resident Nate Feurstein is certainly not new to the music scene. Much like a diamond’s creation process, the artist who raps under the moniker NF has been growing his craft while dealing with multiple life events equivalent to the high temperature, high pressure events that form the aforementioned precious stone. Feurstein has dealt with physical abuse and the tragic loss of his mother to suicide. Thankfully, God has fulfilled his promise of never forsaking his children and helped NF through it all. That we all get to experience the resilient, awe inspiring gem that is the end result of the metamorphosis is an added bonus for the rest of us.

The self titled EP is six tracks deep, all produced by Tommee Profitt. NF takes on verse and melody responsibilities and delivers a masterpiece in the process. He spits bars throughout with a passion and fury rarely found with most emcees. The buy-in to his thoughts is both immediate and unwavering. NF follows that skill set up with an equally impressive command of the melodic control and delivery required for the choruses that he also provides.

“Wake Up” is a deceptively laid back (sonically) call out track aimed at those that set misguided goals and seek things in life that are centered around a relationship with God. NF delivers his own powerful chorus singing “You spend your life in a dream that you can’t escape. ‘Cause you’ll live your life in a coma and never escape.”

If you allow the previous track to induce you into a lull, “Hands Up” will jolt you out of it, albeit after setting you up by airing NF himself describing his music as “pretty laid back.” The sonic injection of the “Let me see those hands up” follows directly after the purposely misleading claim. NF adds “I’m like Ali when I write hooks, get it write hooks. These songs are like the chapters of my life and this is my book.” NF is dead on with his own explanation, as both “Hands Up” and his album in its entirety play as exactly that.

“Only One” has NF rapping over a more techno pop like sound to aid in his lyrical delivery. The track plays as a commitment to a loved one. NF once again exhibits his exemplary delivery of melodic content as he alternates between singing and rapping, primarily taking a break from the latter.

Following suit is “Thing Called Love.”  NF uses the album’s longest track to discuss the ups and downs of the ever so volatile emotion. Musically, it has a bit of a factory/industrial feel. It is both a stark departure from the previous track and a continuance of NF’s theme of leaving you guessing as to what is coming next, and how it is to be delivered.

NF closes out his self titled album with “Just Being Me.”  The final track is perhaps the most pronounced example of the palpable emotion and passion felt throughout the album. As found throughout the album, NF takes on both verse and chorus duties and does so quite well. Further cementing the autobiographical approach to his music, NF closes the track and album by stating “Look into my music and you’ll find me. I’m Just being me.”

Once NF’s album is over, you will likely feel like you just got done binge watching your favorite TV show on Netflix. Before you go into convulsions about having to wait for the next installment, relax and press play again. There is plenty to enjoy, appreciate, and learn each time through.