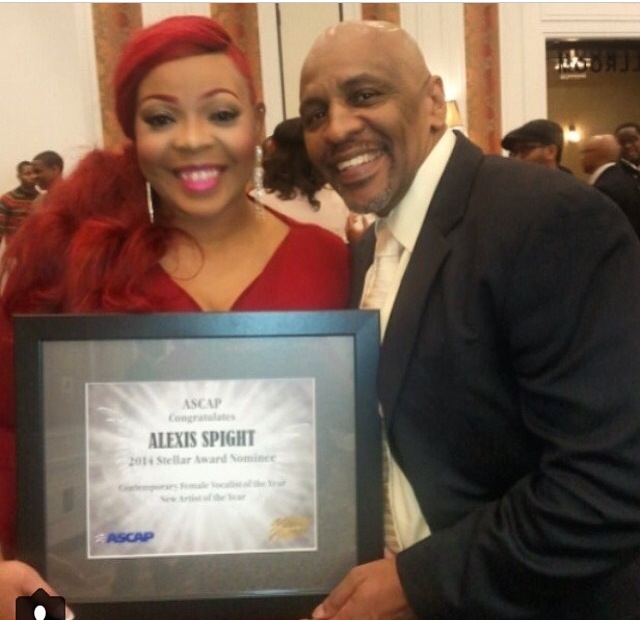 “Congratulations to Greg Lyons and the upstart of Uncle G Records and the signing of Alexis Spight, former Sunday Best runner up and Music World Gospel artist,” said Knowles, president and chief executive officer, Music World Entertainment. “I wish success in both of their endeavors.”

Knowles and Music World Gospel recognized the hard work and dedication Uncle G Promotions and Alexis put in to working her first album and how that collaboration was an integral part of Alexis’ professional growth after her time on Sunday Best. “It was important to Mr. Knowles that Alexis was happy and comfortable with the transition to her new label home, and he recognized that in Lyons and rewarded his efforts with the opportunity to launch Uncle G Records,” said Gary J. Washington, entertainment attorney. “Alexis is thankful for the opportunity, and she is looking forward to the next stage in her career.”

“Thank you so much Mr. Knowles for your time and consideration shown in giving me an opportunity and signing an eighteen-year-old rookie like me to Music World Gospel a little over two years ago,” said Spight. “I’m truly grateful for the experience to fulfill my dream! I’ve learned and grown so much as an artist from this endeavor.”

With an impressive career in the music business managing artists’ bookings, promotional events, concert tours, and radio promotion, Lyons is excited to announce the launch of his record label Uncle G Records.

“Uncle G Records is the perfect opportunity for my years of experience within different aspects of the music industry to come together as a home for artists to hone their craft and put music out that represents the direction they want to take their careers,” said Lyons. “I’m thrilled Mathew Knowles believed in that vision and expressed his gratitude by releasing Alexis to be the first artist to sign to Uncle G Records when many other labels sought to sign her. Her talent and passion for Gospel music is tremendous.”

“I’m so excited and honored that Alexis has decided to be the first artist to sign to my new label,” said Lyons. “After Sunday Best, several people approached her for management consideration. She said she prayed about it, and the Lord revealed it in a dream. We have been working hard ever since. Of all the top artists I’ve worked with throughout my career, Alexis is one of the hardest working I’ve come across. It paid off in her two Stellar nominations on her freshman project ‘L.O.L.’ She’s done everything I’ve asked of her and more. Her zest and love for God is incredible. I’m looking forward to assisting her in her growth.”

Born and raised in Buffalo, New York, Alexis Spight is the oldest of five children and comes from a musical and church family. Her father is a guitarist, singer, and preacher, along with her uncle and grandfather. When she was only eight years old, she formed a singing group with her sisters and performed around the Buffalo area and in various parts of New York. With her fiery red hair and golden voice, Alexis was a favorite contestant of both the judges and audience during Season Five of BET’s Sunday Best, where she was named runner-up. The 21-year-old singer/songwriter completed recording her first album, ‘L.O.L.: Living Out Loud,’ which was released on March 12, 2013 through Music World Gospel. The album debuted at No. 3 in the country, and 18 weeks after release, ‘L.O.L.’ reached No. 1. ‘L.O.L.’ landed her Stellar Award nominations in two categories; “New Artist of the Year” and “Contemporary Female Vocalist of the Year”. Her first released single, “Imagine Me,” is her take on a song by Sunday Best host Kirk Franklin, which she performed on the show. She is under the management of Greg “Uncle G” Lyons’ Uncle G Promotions and Entertainment. In July 2014, Alexis inked a new record deal with Uncle G Records where she will release her upcoming sophomore album, ‘Dear Diary.’

Greg “Uncle G” Lyons, president and CEO of Uncle G Promotions and Entertainment, is an invisible and invincible force behind the success of a wide range of artists in popular music, from R&B/rap to gospel music.  Widely recognized throughout the industry for his extraordinary success in promoting and marketing a diverse range of recording artists, his full service company also offers radio promotions, artist management, and concert and church bookings. Lyons worked with the Music World roster including Le’Andria Johnson, Brian Courtney Wilson, Trin-i-tee 5:7, Micah Stampley, Joshua Rogers, and Elder Goldwire McLendon to name a few. In July 2014, Lyons launched Uncle G Records signing his first artist, Alexis Spight. Lyons thanks his wife Tiesha and his three kids Gregory, Amor, and Amir.