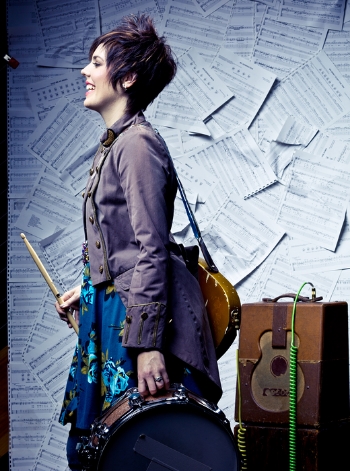 Worship House Media has announced that Yancy, Christian musics reigning queen of diversity, has been named the recipient of the 2014 Producer Award for “Kids Video of the Year.” Yancy won for her video of the Chris Tomlin-penned song, ”Our God,” which is featured on her 2013 album release, Jesus Music Box (Elevate Entertainment / Syntax Distribution).

The award is given out each year to the top-selling video on www.WorshipHouseKids.com, a member of the Salem Church Products family. This marks the third year in a row that Yancy has taken home the coveted Producer Award in the Kids Video category.

“Awards are really cool but the lives represented by winning this award are what it’s all about,” said Yancy. “I’m so thankful to create worship resources that churches can use and that kids love. Helping kids connect to God by worshiping Him is one of my greatest joys.”

For more than a decade, Yancy has released radio-friendly pop/rock albums and multiple projects for kids and young adults, all while sharing the stage with such artists as Michael W. Smith, Newsboys, Mute Math and Nichole Nordeman. As a writer, Yancy has teamed up with Third Day’s Mac Powell, wrote Avalons #1 hit I Dont Want To Go and Jaci Velasquezs Something Beautiful, among others.