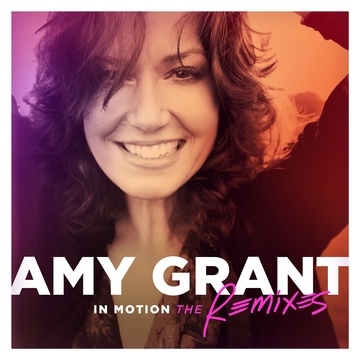 Amy Grant’s “Baby, Baby” remix has made it into the Top 20 on Billboard’s Hot Club Play Chart, holding the No. 19 spot this week! The Dave Audé remix debuted at No. 31 and is rapidly making its way up the chart.

“Baby, Baby” is no stranger to Billboard charts as the original version held the No. 1 spot on the Billboard Hot 100 Chart for two consecutive weeks in 1991! The song is proving to be a timeless hit and is being played by DJs in clubs all around the country.

You can find “Baby, Baby” on Amy Grant’s first career remix album In Motion: The Remixes, set to release August 19. Top mixing engineers and DJs have remixed Grant’s biggest hits, bringing a new sound to songs that have defined her three-decade career. With remixes of hits like “Every Heartbeat” and “That’s What Love Is For,” this album is sure to bring nostalgia to Grant’s huge fan base!

In Motion: The Remixes is now available for pre-order on iTunes!