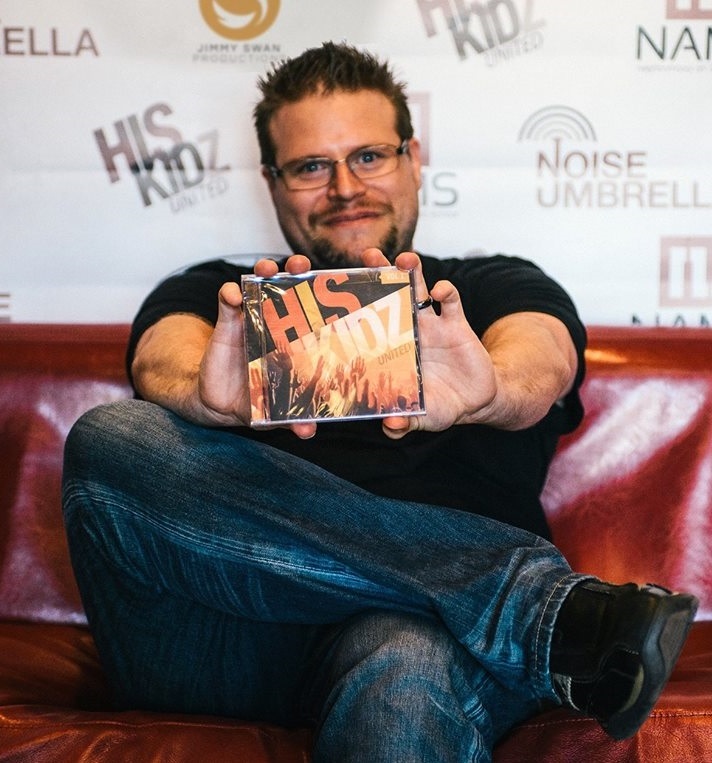 Jimmy Swan, creator and executive producer of the His Kids United CD series, the first release of a music brand for kids ages 5-14 that features kid-sung versions of today’s top Christian hits, including “Overcomer” by Mandisa, “Shake” by MercyMe, and “Speak Life” by TobyMac, will appear as a guest on Las Vegas Tonight, which airs at 11 p.m. E.T. Saturday on The Walk TV network. Swan is offering viewers of the show an exclusive download of “Hallelujah,” a song from Volume 1 of the series.
“Jimmy Swan is one of the best guests I’ve had on my show,” says Dale Davidson, host and executive producer of Las Vegas Tonight. “His enthusiasm is contagious. He’s produced a series of CDs for kids that will engage them with top quality Christian music. His Kids United is a terrific project that will sweep the nation! I’m looking forward to having him as a guest again on Las Vegas Tonight as soon as he’s finished the next album.”

“I appreciate Dale Davidson and the entire production staff at Las Vegas Tonight for having me as a guest to talk about the His Kids United CD series,” Swan says. “My prayer is that the show will reach families who may not yet be familiar with our kid-friendly music so that we can continue our mission of introducing children to the message of God’s love through music.”

Las Vegas Tonight, a production of Keen TV, airs on The Walk TV (formerly LegacyTV), an international faith and family television network reaching more than 50 million potential TV Households over 240 broadcast affiliates. For more information about the network and for a list of affiliates, visit TheWALKTV.tv.

To receive a free download of “Hallelujah,” visit emailunlock.com/Hallelujah.

About His Kids United:
His Kids United is a music brand for kids ages 5-14, featuring today’s most popular Christian songs, performed by youth and targeting a youth audience. His Kids United is a division of Jimmy Swan Productions, LLC, an integrated entertainment company involved with music, film and TV distribution, publishing, artist management and marketing.

From well-loved tunes such as the vibrant celebration chorus, “Shake,” to the worshipful tones of “10,000 Reasons (Bless the Lord),” or the driving declaration of “I Am” and the tight harmonies of “O Praise Him,” His Kids United marries the dynamic energy of youth with the popular trends of proven hits.

For more information about His Kids United visit HisKidsUnited.com.