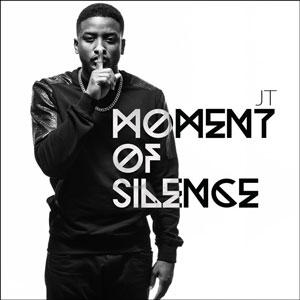 So most people don’t know this about me because it’s actually really hard for me to talk about, but my dad has dementia. That’s right, dementia. He’s been suffering from this disease for over 10 years, and every time I go see him that trip is the hardest one for me to take.

See my pops wasn’t a “rolling stone”. He wasn’t a dad who would promise to be at football games or to pick me up one weekend but leave me sitting on the porch wondering where he was. He never pulled a no show and if he did he called ahead to let us know way in advance that he wouldn’t be able to make it. He always made sure we knew how proud he was of his boys.

It’s tough to see such a strong man in such a weak position because he’s always been a strong man in my life. At times I feel helpless when I go see him. And to be honest at times I have asked God why would he do this to someone who committed his whole life to Him? Have you ever been in a position where someone was fading and you really wanted to do something about it but you couldn’t? Have you ever been in a position where you prayed for hours and the condition still didn’t change? Yea that feeling….

I’m almost surprised that I haven’t lost faith in God you know? I don’t know how I’m not angry at God because my uncle is. My uncle always says why would a God do something like this to one of His servants? I wish I could answer that question for Him. I wish I could make sense of it all and give this amazing reason why God would allow this to happen to such a great man. But no words come to mind. My response, I just shake my head.

But honestly I’m still expecting God to do a miracle with my father. I’m still expecting God to restore him back to his original state. People ask me but what if God doesn’t? What if your dad dies in that condition? How will you take that and how would you look at God? Well, I’ve pretty much made up in my mind that if he goes in that condition he’ll know that I never lost hope in the God that we both know and love.

One day I was speaking with a friend and through our conversation I really felt the Lord speak to me because I wanted to do more. I couldn’t just sit by and watch from a distance any longer. I felt the Lord say “why stop at healing your dad, what if I wanted to heal everyone?” So for me this album has become much more than good music. It’s become a part of my WHY. We’re going to donate a portion of the proceeds to dementia cure research, and expect for God to do something amazing through it! What exactly, well that’s all in God’s hands, but you can be a part of it!

Simply go to iTunes (https://itunes.apple.com/us/album/moment-of-silence/id868275093?ign-mpt=uo%3D4) and purchase the album and you’ve done your part. You’ve become a part of God intricate plan to do something amazing! We won’t loose hope! And from me, my brothers and my dad, Thank You! If you love your dad or your kids share this post on all of you social networks and spread the word! #100000forDementia