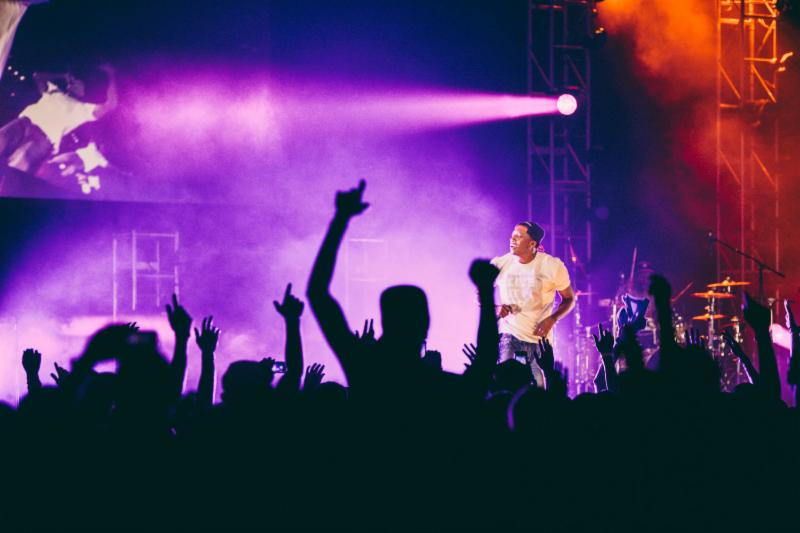 “Lecrae has always been an innovator and trailblazer in our industry,” explains Dan Rauter of William Morris Endeavor Entertainment.  “He’s spent over a decade telling his story and sharing his faith in ways that are connecting with people inside and outside of the Christian and Gospel markets.  He has truly been an anomaly that is inspiring thousands across the US and around the world.  We are so excited to have Premier Productions and Live Nation involved as partners on this next step in the journey.  They are helping us take Lecrae’s music and message to the premier concert venues across the country, with a live show that will blow fans away.  We can’t wait to see the impact that this album and tour will have.”

Lecrae’s new album, Anomaly, hits stores on September 9.  The first single from the release, “Nuthin,” is out now.

Lecrae was a co-headliner on the Winter Jam 2014 Tour, which was once again the No. 1 tour based on attendance according to Pollstar first quarter 2014. Tour dates for The Anomaly Tour in the fall 2014 include:

*Andy Mineo will not be performing.

For more information on The Anomaly Tour, please visit: www.PremierProductions.com or www.Lecrae.com.

About Lecrae:
What began as a way to reach the youth in a nearby juvenile detention center, through hip-hop, eventually became chart topping success as a critically acclaimed rapper, with over 1.8 million collective album sales. In the past two years, Lecrae has released 3 genre-redefining projects. He dropped his first mixtape in 2012, Church Clothes, hosted by Don Canon, which went double platinum on Datpiff, garnering over 500,000 downloads and debuting #10 on iTunes as an EP. Following that, in probably what was a major upset in Gospel music, Lecrae made history as the first hip-hop artist to win a GRAMMY® award in the Best Gospel Album category for his sixth studio album Gravity.  Gravity debuted at #3 on the Billboard Top 200, #1 on the Rap Charts, and #1 Independent with over 73K units sold during its first week. The album featured key production from GRAMMY® award winning producers DJ Khalil and Heat Academy. He also celebrated video premieres of his singles “Mayday,” “Fakin’,” and “Confessions” on BET and MTV.  Along with the biggest win of his career, Lecrae was also nominated for a Billboard Award, BET Award and Soul Train Award, and won a Dove Award. Lecrae closed out an incredible 2013 on several major tours, including Rock the Bells, and put out his second mixtape, Church Clothes 2, which has sold over 40K units after being downloaded over 150,000 times.