“Finally some new music!” shares Colton Dixon. “I’m beyond excited to share what I’ve been up to since A Messenger. We’ve explored new territory, new sounds, and new topics for the record, and my hope is that at the end of it all, you feel closer to God than you did when you pressed play.”

In addition to his album announcement, Dixon is officially a Steinway Artist. Steinway Artists are professional pianists who choose to perform only on Steinway pianos. For decades Steinway & Sons has cultivated special relationships with pianists from every genre. From classical pianists like Lang Lang, to jazz stars like Diana Krall and Harry Connick Jr., to pop icons like Billy Joel, to “immortals” like Irving Berlin, Cole Porter, Sergei Rachmaninoff, and Arthur Rubinstein.

“Steinway & Sons is delighted to welcome Colton into the family of Steinway Artists. His stunning work in the Christian music world is a wonderful addition to the diverse talents of the artists who perform on our pianos,” said Jenn Gordon, Manager of Concert & Artist Activities at Steinway & Sons. “It is an honor for Steinway to recognize, support, and cheer on Colton during this exciting time in his career.”

Dixon’s forthcoming album, Anchor, has been in the works for the last year as he wrote and recorded in-between his nonstop touring schedule. He strived to take this album in a different direction, experimenting with new sounds as well as steering the lyrics in a more thematic route. Anchor was produced by David Garcia (TobyMac, Mandisa, Newsboys) and Red Decibel (Switchfoot, Kelly Clarkson, Jeremy Camp). He also co-wrote with renowned songwriters and artists such as David Garcia, Red Decibel, TobyMac, Trevor McNevan (TFK), Matthew West, Ben Glover and Matt Bronleewe.

The debut single, “More Of You,” is currently at radio and can be heard below. The single went for adds on Friday, June 20 and was already charting on the National Christian Audience chart before the official add date, with K-LOVE and Air1 already spinning the single. With “More Of You,” Dixon’s received his best add date yet in his career, receiving 38 adds. Fans are able to purchase the single on iTunes now. Click here to get “More of You.” Last year, Dixon released two radio singles, “You Are” and “Never Gone,” both reaching No. 1 at CHR and on the iTunes Christian singles charts.

This project comes on the heels of a best-selling and record-breaking album debut in 2013 with the release of A Messenger. Dixon’s full-length debut set the largest first week sales by a new solo Christian artist making it the top album sold in that market. He was also the No. 22 best-selling New Artist across all genres, and A Messenger was the ninth top selling physical CD sold in all genres in 2013.

Last year, Dixon also toured relentlessly as he performed in front of more than 500,000 fans and already this year he was a part of the Winter Jam Tour, the world’s largest first quarter tour. At this year’s end, he will have performed in front of more than 800,000 people. In addition to touring non-stop, he was also nominated for three Dove awards and winning one for “Best Contemporary Rock Album” and received a nomination a K-LOVE Fan Award in the Male Artist of the Year category.

In support of Anchor, Colton is will be appearing at this week’s ICRS conference in Atlanta as well as can be seen on all of the major summer festivals including this weekend’s Creation Festival in Pennsylvania and ending the summer in September at Disney’s Night of Joy. Visit www.coltondixonmusic.com for a complete list of upcoming shows. 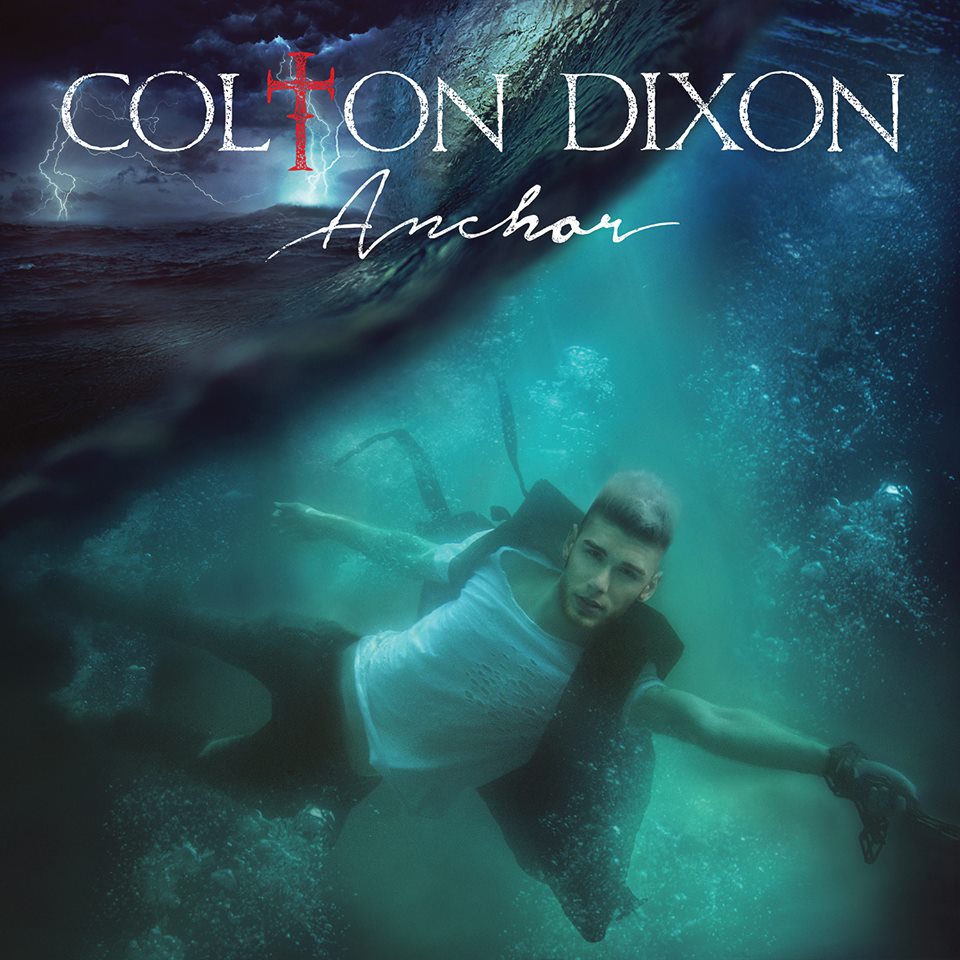